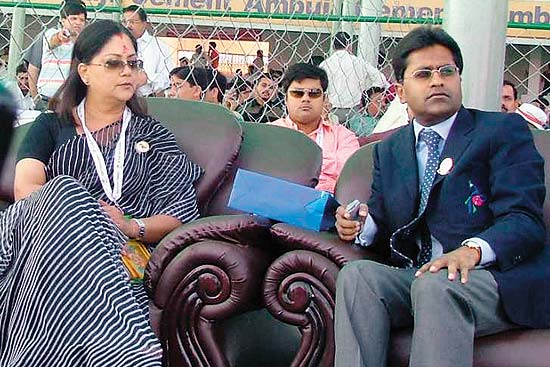 In World War II, the Germans developed something called the sprengbombe dickwandig aka the ‘cluster bomb’, which with its number of explosions over a wider area posed risks to all in its vicinity—and some even far beyond. Some two weeks ago, and for whatever reason, a human cluster bomb called Lalit Kumar Modi was set off by someone.

Its first big blast hit external affairs minister Sushma Swaraj on June 7. And on a nightly basis since then, various sub-bombs let off by LaMo have affected civilians across the divide. Raj­asthan CM Vasundhara Raje one day, her...