Set to lead a regime in Nepal, Maoists subject India ties to a revision 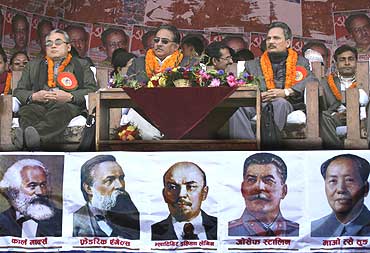 From the time democracy was reinstated in Nepal in 1991, competitive anti-India rhetoric had been among its defining features. Yet all the sound and fury generated during election campaigns failed to redefine Indo-Nepal bilateral relations or undermine New Delhi's traditionally dominant position in Kathmandu. And though the recent Constituent Assembly (CA) election was devoid of political players spitting venom against India, its outcome could now ironically lead to a review of the existing ties between the two countries. For, at the helm of the new coalition government will be the Maoists whose...