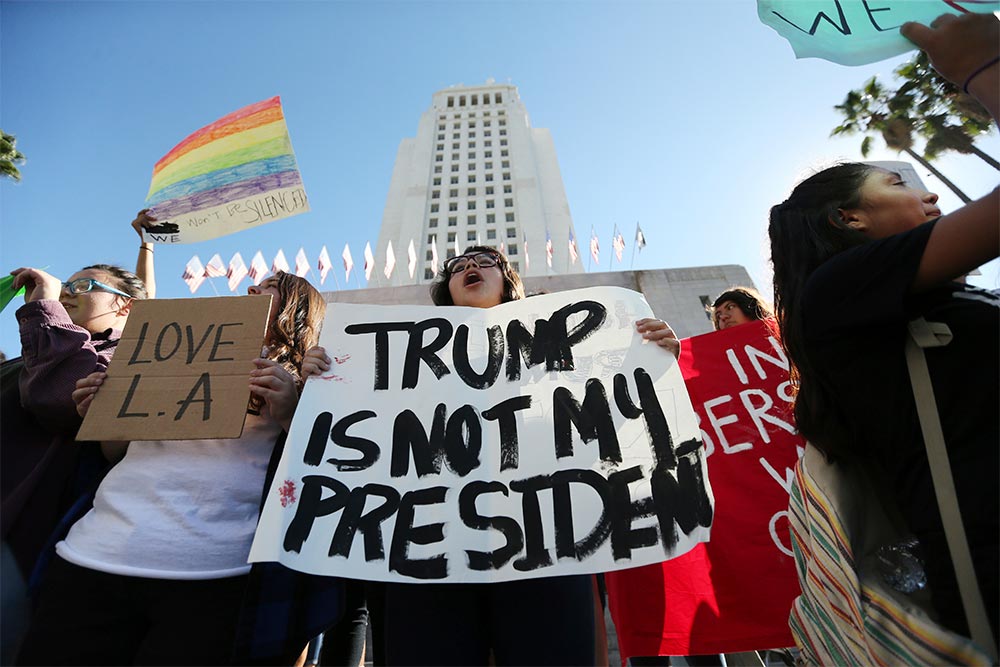 James Green Jr., 28, is angry. The emotion is not new to him: born and raised as a Black in the southern American city of Birmingham, Alabama, he has seen plenty of days coloured with anger. He is poor and works two jobs at burger joints. But he is angry because Donald Trump, the candidate endorsed by—among others—the Ku Klux Klan, won the November 8 presidential election and will soon run the country. “We are done for,” he says. “I thought Hillary [Clinton would win] and I was praying [for her].”

She didn’t, and Green now plans to participate in an upcoming ‘Not My President’ rally in his city—one among a series of anti-Trump protests that erupted across the country after the election result was announced.

“I’m afraid cultures have been torn apart,” he says, explaining his anguish. “Rednecks are still waving their Confederate flag high and writing n***** go back to Africa.”

The irony of his own words is lost on Green. The Confederate flag he refers to, a symbol of the...