The Lever Pivots On The Magic Thirty

Will the Modi campaign bring the party 170 seats or 200 seats? It’s a world of a difference. 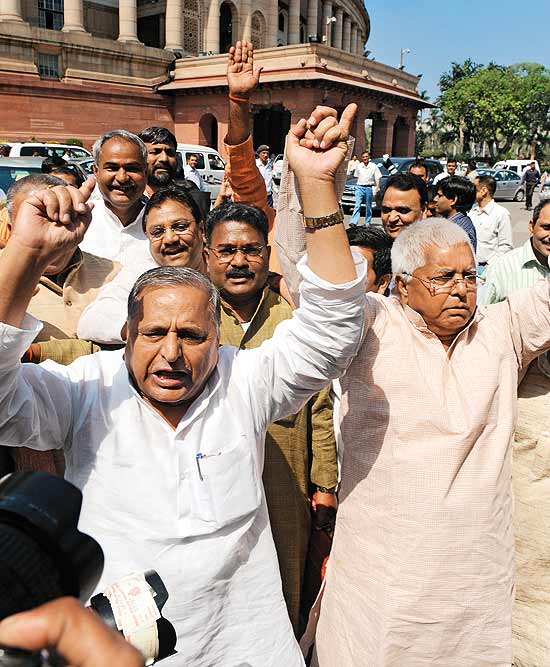 If opinion polls are to be believed, it is only a matter of a fortnight before Narendra Modi is sworn in as prime minister. About a year ago, no one—not even the BJP—took the aggressive assertions of Modi and his fanatics seriously. Six months ago, when his juggernaut began to roll, the Congress seemed paralysed and clueless, the Left looked irrelevant, the regional parties stumped, awed, shocked. And now, the only question being asked everywhere is: How strong is the Modi wave and will it bring the BJP 200-220 Lok Sabha seats? A frightening and farcical mass hypnosis seems to have affected society.

Our sights are so low that the very definition of ‘wave’ has undergone a change. Nobody ever described Pandit Nehru’s victories as waves though he led the Congress to victory with 364 seats in 1952; 371 in 1957; and 361 in 1962. Talk of waves became fashionable 1971 onward. When Indira Gandhi won by a landslide on the ‘Garibi hatao’ slogan in 1971, it was called an Indira wave. The defeat of Indira and Sanjay Gandhi in 1977 was...