The Lashkar, Act I 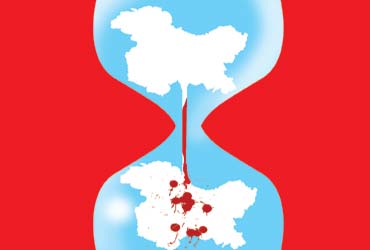 outlookindia.com
-0001-11-30T00:00:00+05:53
My mission as a historian of Kashmir started 10 years ago at the St Joseph's mission in Baramulla. There I met Sister Emilia, an Italian nun who had lived in Kashmir since 1933, and heard her first-hand account of one of the defining moments in South Asia's modern history. She was the last survivor at St Joseph's of the attack by armed Pathan tribesmen in October 1947.

"There were rumours that they were coming; we were thinking they won't do nothing to us," she told me. "The Monday after the feast of Christ the King they reached here. Then they started to shoot. We were working still. The hospital had patients. They were on the veranda of the hospital, going from one ward to another."

Sister Emilia offered a window on to a deeply contested episode—a moment that was slipping out of living memory. The invaders, who decades later were still disturbing her dreams, had been encouraged to enter Kashmir by elements in the Pakistan establishment to claim the Muslim-majority, Hindu-ruled princely state for Islam and Pakistan.