The Lady Doth Not Protest

As Rohingyas flee their burning homes, Aung San Suu Kyi’s credibility takes a hit. Yet, her situation is a complex one. 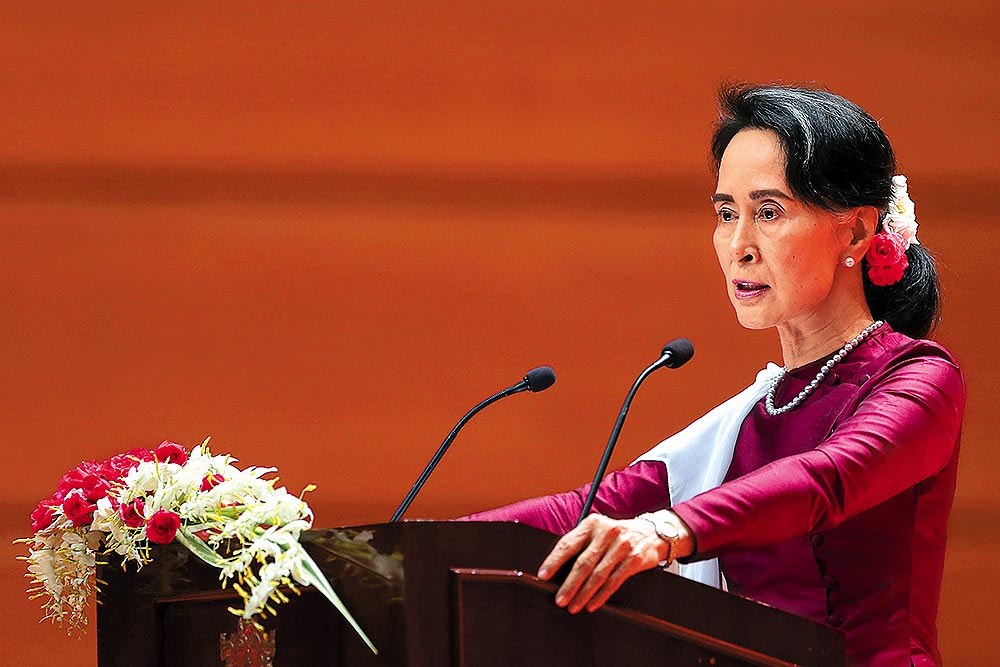 For the past three decades, Nobel Peace Prize laureate Aung San Suu Kyi, currently Myanmar’s state counsellor and ‘de facto leader’, had been widely recognised as one of the world’s icons of peace and justice, a living embodiment of indomitable will under intense pressure. Much of her image as an unflinching crusader fighting for restoration of democracy—despite long spells of detention lasting nearly 15 years—was created as much by her own graceful persona and resoluteness as by the relentless propaganda of western media. That una­bashed admiration seems to have att­enuated to an alarmingly low level.

What has brought Suu Kyi’s role under the withering, critical lens of the West is the horrible condition and relentless suffering of Rohingyas, a Muslim minority in the Buddhist majority Myanmar’s western Rakhine state. In recent weeks, after a few Rohingya militant strikes, Mya­n­mar’s army have killed, raped, looted  and committed arson with impun­ity, forcing over 4,00,000 to flee to...