India’s many failings are obvious enough. But most of its considerable achievements spring from the exalted vision of its constituent assembly. 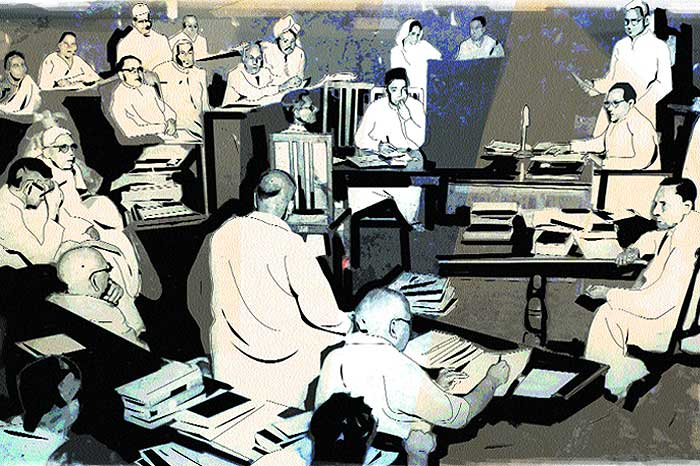 There was nothing inevitable about India becoming a democracy. At Independence, even before the partition massacres took place, the nation was falling apart. The Quit India movement had left large parts of the north ungovernable, and civil power was breaking down across the country. The armed forces were about to be divided between India and Pakistan and the most senior Indian officer, Gen K.M. Cariappa, told the Viceroy, Lord Mountbatten, it might be a good idea to have a short spell of military rule. Fortunately, this idea was rejected, and India did not go the way of some of its neighbours, where politicians share power uneasily with the armed forces.

The new government directly inherited less than half of the Indian empire’s original landmass. The northeast and the northwest became Pakistan, leaving six complete provinces (Bombay, Madras, Orissa, Bihar, the United Provinces and Central Provinces) which had been under direct colonial rule, and the partitioned remnants of three others (Punjab, Bengal and Assam). The princely...