The History Of Violence 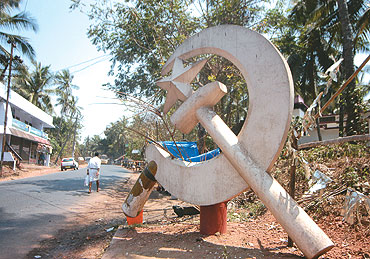 Looking at its lush green landscape, there's little to suggest the hatred that runs in deep furrows across Kannur. In this district, no one village trusts the other. You are judged by the ideology you subscribe to or, more precisely, the colour of your affiliation—saffron or red. If you're from the CPI(M), you have a score to settle with those identified as RSS/BJP symapthisers, and vice versa. There is no fix...