The Hint Of A Forked Tongue 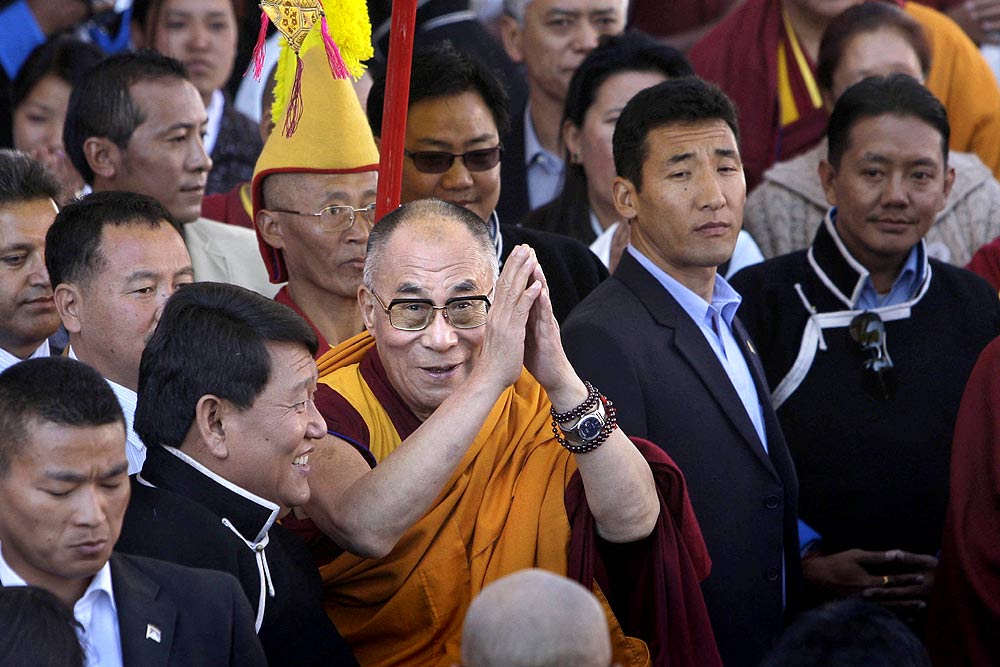 Focal Point
The Dalai Lama arrives at the Tawang monastery in Arunachal Pradesh in 2009
Photograph by AP
Pranay Sharma March 09, 2017 00:00 IST The Hint Of A Forked Tongue

The Communist Party of China has mostly remained unimpressed by what it sees as the hoopla surrounding Tenzin Gyatso—the 14th Dalai Lama—for nearly six decades.

A much revered religious leader in India and the West, the Dalai Lama counts among his admirers Hollywood stars, TV talk show hosts, royalty, leading political figures of key nations as well as ordinary Tibetans and people from other creeds. He was awarded the Nobel Peace Prize in 1989 for highlighting the Tibetan cause through peaceful means and reconciliation.

Every year, large numbers of people travel to his residence in Dharamshala for an audience or simply to seek his blessings. When visiting abroad, his events get top media billing; auditoriums where he speaks usually spill over with people. Even some Chinese from the mainland, who have had the rare opportunity to meet him, cannot help but talk about his charisma.

But the world’s adulation for the Dalai Lama has left unmoved the Communist leaders in Beijing, who continue to watch his every step with suspicion and regard him as...