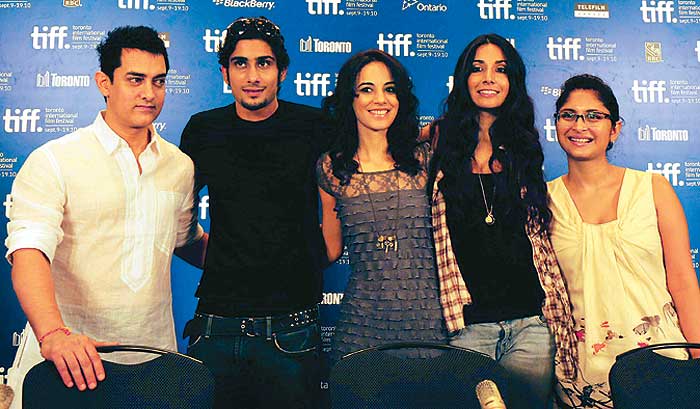 In the annals of Indian cinema, 2010 could well go down as the year in which Aamir Khan courted the arty film festival circuit with as much commitment and dedication as he does the material world of the box office. He will be remembered not for the mega success of 3 Idiots, released last year, but for the two ‘indies’ he produced and promoted with characteristic passion. Anusha Rizvi’s Peepli [Live] opened at the Sundance Film Festival, and later travelled to Berlin and several other events, before having a successful run at the theatres last month. Last week, Aamir was back at the 35th Toronto International Film Festival (TIFF), promoting his new home production Dhobi Ghat, written and directed by his wife Kiran Rao. He was joined by Kiran and actors Prateik Babbar, Monica Dogra and Kriti Malhotra at the film’s sold-out world premiere at the 1,560-seat Elgin Theatre.