Killing Saddam's sons instead of capturing them is an act of terrorism. Ask UN Updates 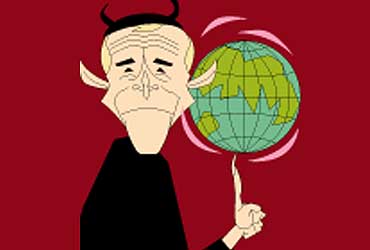 outlookindia.com
-0001-11-30T00:00:00+05:53
A peculiar moral blindness has descended upon the world, and it has happened quite suddenly. Virtually every newspaper and TV network in the world has hailed the killing of Saddam Hussein's two sons, Udai and Qusai, in Mosul, and with them his 14-year-old grandson Mustapha. The Washington Post called it a huge boost for the Iraqis. The Los Angeles Times commented: "No tears will be shed for the duo". The New York Times called their deaths "the most encouraging news out of Iraq in weeks". The British paper The Telegraph said it would "greatly boost the morale of the hard-pressed allied forces and civilian administration in Iraq", and the tabloid The Sun called them "truly the incarnation of evil" and intoned that "it was to rid the world of creatures like these that America and her allies went to war".

No one, literally no one, has stopped to think of what the US actually did. This was to deliberately choose to kill two civilians at a time when, officially, there was no war going on in Iraq, when it could have just as easily captured them. This...