The Growing Troubles Of AAP Punjab

The Aam Aadmi Party is now falling apart in Punjab amid internal contradictions. 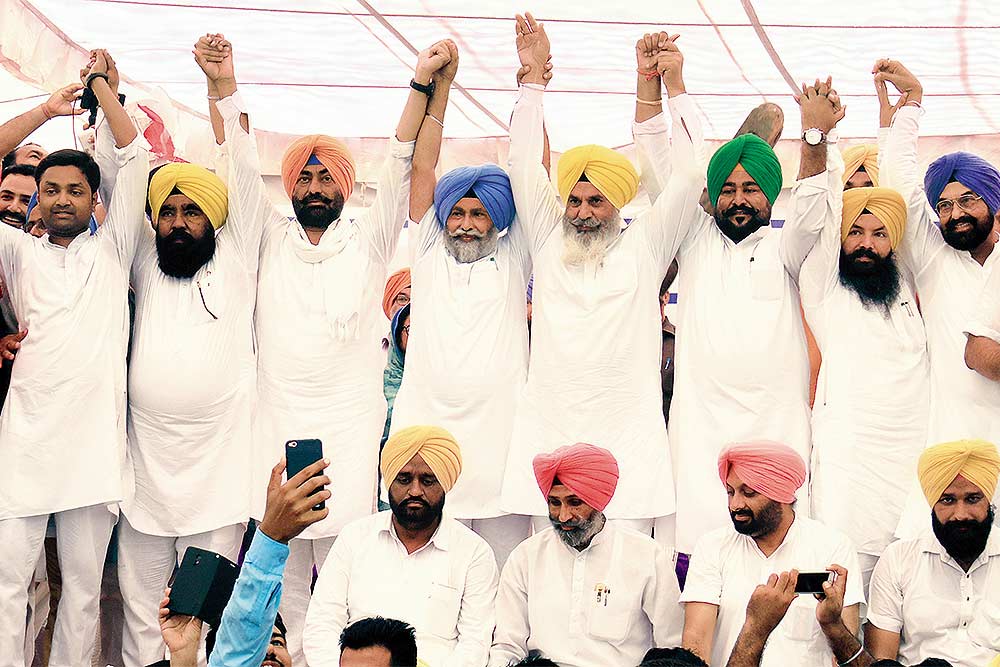 In 2016, the script looked complet­ely different. Arvind Kejriwal himself led from the front, canvassing, holding massive rallies across Punjab—even hinting, perhaps not very prudently, at a switch from Delhi. NRI Punjabis flocked in support. Punjab would go the Delhi way, it was commonly presumed. Such confidence was never before seen in AAP: it boas­ted that it would win at least 100 seats in the 117-member assembly. Both the Congress and the Akalis, the twin poles of Punjab politics, felt threatened. Even long-entrenched figures like Parkash Singh Badal and Captain Amarinder Singh seemed to be looking nervously over their shoulder.

From there, the fall was painful. AAP won just 20 seats—and 25 of its candidates lost their deposit. Thus began a downward spiral that still continues. Eighteen months down the line, AAP is now falling apart in Punjab amid internal contradictions. The latest crisis is the removal of Sukhpal Singh Khaira as leader of opposition (LoP) in the assembly following allegations that he took bribes from party workers. A touch of...