Was this the worst year experienced by India (and Indians) since the country was founded? Our annus horribilis? 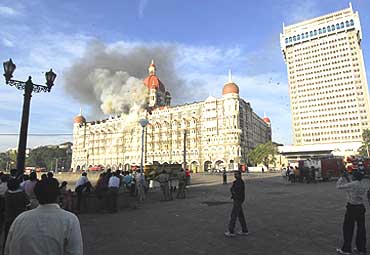 outlookindia.com
-0001-11-30T00:00:00+05:53
Gripped and horrified by the sixty-hour, commercial-free, non-stop television drama played out recently in south Mumbai, some of us may have overlooked the fact that this was only the last in a series of terror attacks that our country and its people were subjected to in 2008. Before Mumbai, there was Delhi; before Delhi, Ahmedabad; and before that, Bangalore and Jaipur. The cumulative impact of these barbaric acts may have obliterated, from collective memory, the troubles caused in this twelvemonth by the fanatics on the other side. Through several long weeks in the autumn, cadres of the Vishwa Hindu Parishad and the Bajrang Dal attacked villagers in Orissa for having converted to Christianity. As a consequence, some 200 places of worship were destroyed, about forty people killed, and at least fifty thousand rendered homeless.

Turn your attention now to the most beautiful state in India where, this past June, several years of peace and...