The First Republic Will Stand

More hackwork than scholarly investigation and analysis, Kingshuk Nag’s book gets its reading of the Modi era wrong, investing it with the weightiness of a shift in polity 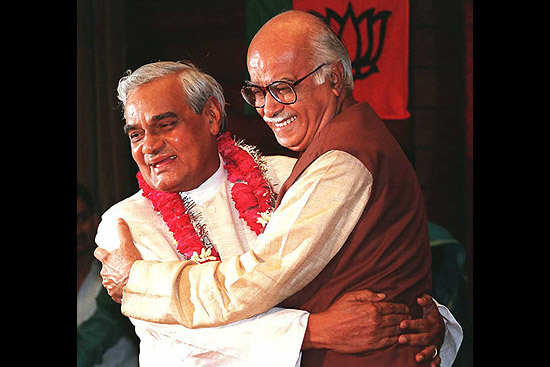 No one, not even longtime Congress supporters, would disagree with the last sentence in the epilogue of The Saffron Tide: The Rise of the BJP by Kingshuk Nag. “The BJP has arrived and will remain the primary pole of Indian politics in the foreseeable future,” writes Nag, a journalist with The Times of India. If the credit for transforming India’s polity from unipolar, with the Congress remaining the only pole for decades, into bipolar, with the Bharatiya Janata Party emerging as the competing pole after the 1990s, goes to the duo of Atal Behari Vajpayee and L.K. Advani, there is only one claimant—Narendra Modi—to the spectacular success of making it unipolar again, at least for the time being.

But I completely disagree with Nag—confident that all except the most fanatical BJP supporters would share my view—when he presents the following assessment: “One last word.... The first republic that was crafted by Jawaharlal Nehru in the 1950s is making way for the second Republic that will be based on a completely...