The End Of An Escape Artist

With the longest surviving foreign militant in J&K now dead, the police are confident they have the upper hand 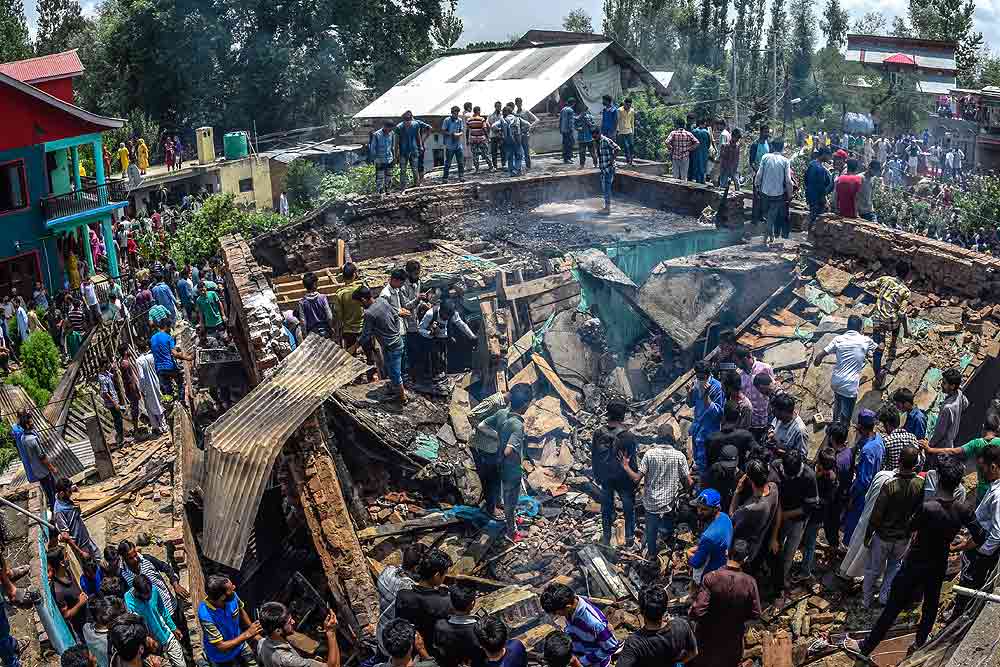 Bombed Out
The house in a ­village in J&K’s Pulwama district where Lashkar commander Abu Dujana was killed
Photograph by Getty Images
Naseer Ganai August 04, 2017 00:00 IST The End Of An Escape Artist

On Tuesday night, August 1, slain Lashkar-e-Toiba commander Abu Dujana, one of the longest surviving foreign militants, was given a quiet burial at Gant­amulla village in north Kashmir’s Baramulla district by the Jammu and Kashmir Police. The pol­ice have been strictly following the policy of not handing over the bodies of foreign militants to locals since Octo­ber 2015, when nearly 35,000 loc­als participated in the funeral procession of top Lashkar commander Abu Qasim in Kulgam. The bodies are INS­tead ­given to the local waqf in Uri town near the Line of Control in Baramulla district for low-key burial.

In the case of Dujana, J&K DGP S.P. Vaid tells Outlook, “We wrote to the Ministry of Home Affairs (MHA) to com­municate about Dujana’s body to the Pakistan High Commission.” People from at least three villages of south Kashmir’s Anantnag district had gone to the police seeking the body, claiming he was from their village. The police, however, insisted he was a foreigner as he hailed from Gilgit in...