The Elephant In The Alley

As man-animal conflict worsens across states, a trip to ground zero: Dhenkanal in Odisha 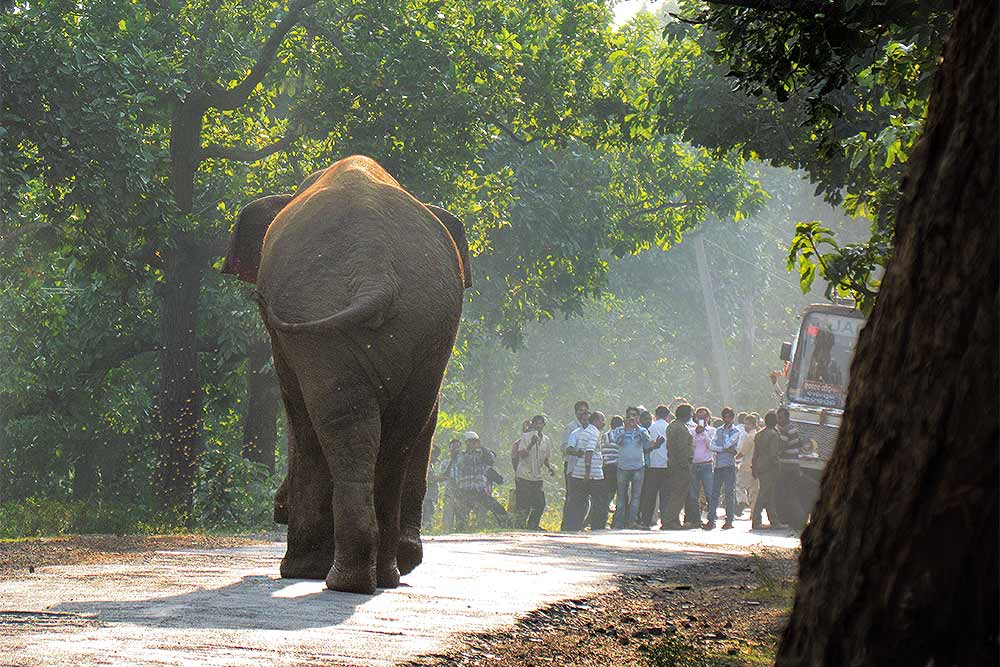 Grand Trunk Road
People stare at a tusker crossing the road in Nilagiri town, Odisha
Photograph by Prakash Mardaraj
Sandeep Sahu May 30, 2018 00:00 IST The Elephant In The Alley

Early morning on April 10, at around 6 AM, Daitari Sahu (52), a water pump operator from Baulapur village in Odisha’s Dhenkanal district, was cycling his way to the bank of river Brahmani to run the pump when he came dangerously close to a herd of nine elephants. A panic-stricken Daitari left his cycle and ran for his life. But he did not stand a chance against a rampaging tusker in the herd that chased him down and trampled him. On being discovered by locals, he was rushed to the SCB Medical College in Cuttack, but he succumbed to his injuries at around 2 PM.

More than a month after Daitari’s death, his family is yet to get over the shock of losing its sole bread earner. His wife, two daughters, Rosalin (17) and Lizarani (15), and son Ratikanta (20), stare at an uncertain future. “The man who looked after the family is now gone. It is now up to God,” says Daitari’s despondent wife, pointing to a sewing machine in one corner of the ramshackle house with which her husband used to supplement his meagre income of Rs 1, 600 as a pump operator. All...