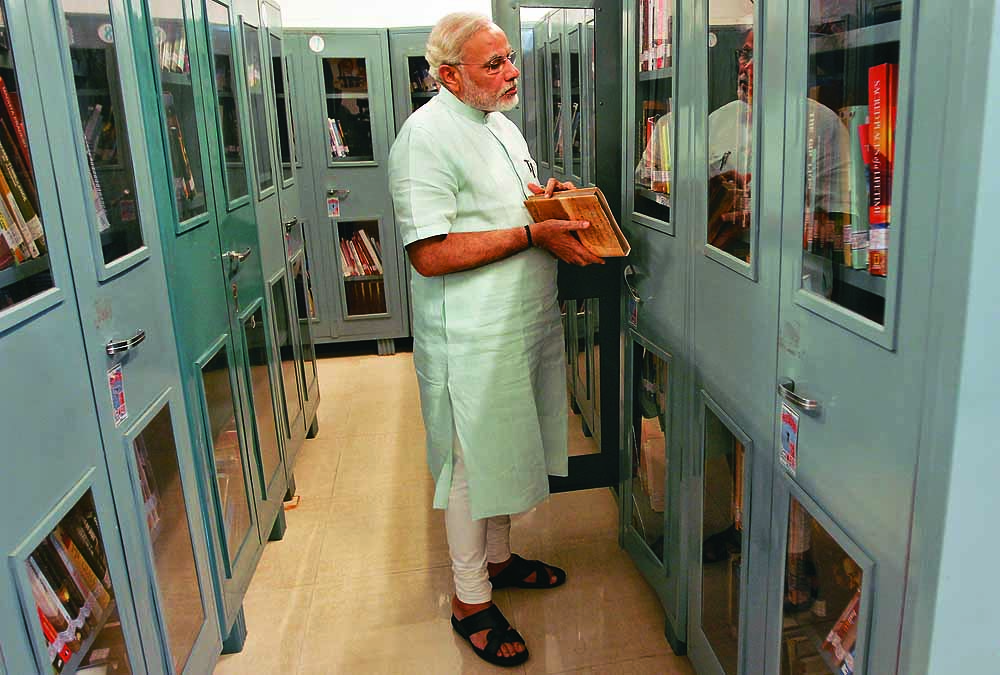 A short compendium of Modi’s loose interpretation of facts

“Valmiki community involved in manual scavenging for a spiritual experience.”

“Sohrabuddin Sheikh got what he deserved”—asks crowd what should have been done to a man who dealt with illegal arms. “Kill him”, they shouted. This was after the Gujarat govt filed an affidavit in the SC admitting Sheikh was killed in fake encounter.

“I ensured the laying of a 700-km pipeline to reach Narmada water to the Indo-Pak border because of my love and respect for armymen.” Kutch got Narmada water on May 18, 2003, and Modi had thanked Rajiv Gandhi for initiating the Kutch drinking water project in 1985.

Said he had information that Sir Creek was being handed over to Pakistan...