The Death And Rebirth Of Gandhi

The mystical Gandhi doesn’t just die when ‘Harijan’ gives way to ‘Dalit’. In this very death, he also becomes a spectral force. 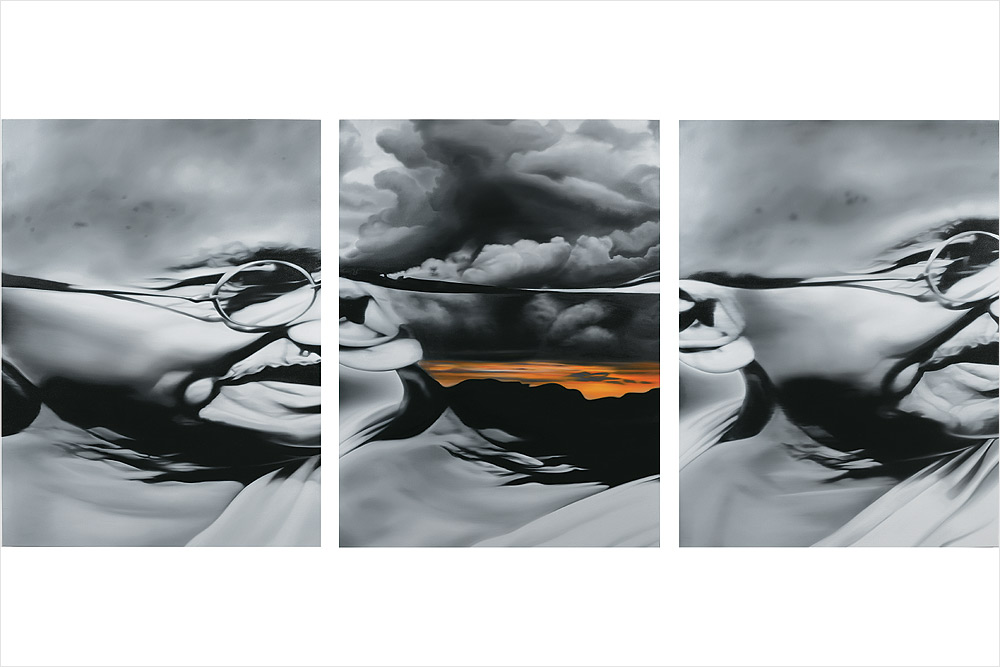 Get a dark cloud free, a triptych by Riyas Komu

“Is Gandhi himself dead?” This was one of the questions in the e-mail Sunil Menon sent, charging me with this piece in a way that I found unavoidable. I write this to reply: yes. But yes in two senses, and the second sense especially brings us to a Gandhi whose spectre is still alive. For death in both senses, moreover, there is a symptom—the word Harijan.

The first yes: after a prolonged illness, an entire life lived tenuously, a certain Gandhi, call him the theological Gandhi, died somewhere in the second half of the 20th century. When exactly he died, we do not know. But of his illness and its progress, there is a rough marker—the demise of the word Harijan. If Google ngram is a measure, then ‘Harijan’ hit its peak in 1974, and then began its rapid decline, becoming less common than ‘Dalit’ around 1994.

To understand the work done by the term ‘Harijan,’ we must begin elsewhere—with the term ‘untouchable’. Through...