The Dance Is Over

Two years of negotiations come to nought. Washington is stumped. 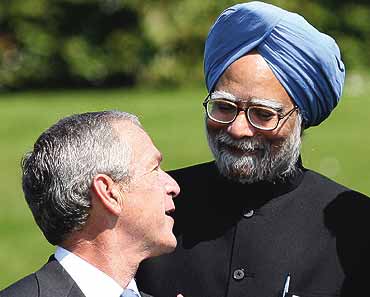 "US officials had put in long hours, suffered abuse from opponents on our side, to put in place a deal India wanted." T. Schaffer CSIS

"To say I am disappointed would be an understatement. We have been betrayed by the UPA." S. Chatterjee, N-deal lobbyist

"The Bush administration is frustrated... they made major concessions, took political risks for a deal." R. Einhorn, CSI

"Even if the deal is delayed, it'll only slow the momentum...it won't bring our relations to a screeching halt." K. Inderfurth, G.W. university