The Craftiness Beneath The 'Wah! Taj' 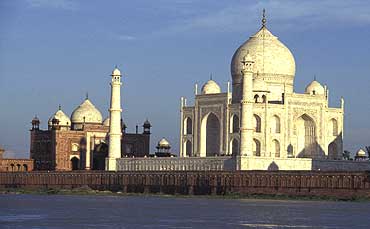 This was hardly an understatement: by the seventeenth century, Agra had grown larger than even Constantinople, and with its two million inhabitants, dwarfed both London and Paris. A succession of riverside palaces and "sweet-smelling gardens with sweet blossoms" spanned both banks of the river Jamuna. As the Mughal chronicler Abdul Aziz put it, the city was "the wonder of the age—as much a centre of the arteries of trade both by land and water as a meeting place of saints, sages and scholars from all Asia...a veritable lodestar for artistic workmanship, literary talent and spiritual worth."

It was the Emperor Shah Jahan (1592-1666) who was responsible for the jewel of the Agra waterfront, and the Mughals’ most immortal creation, the Taj Mahal. The Taj, which was designed by Shah Jahan’s master architect Ustad Ahmad Lahauri, is arguably the most admired building of the past 400...