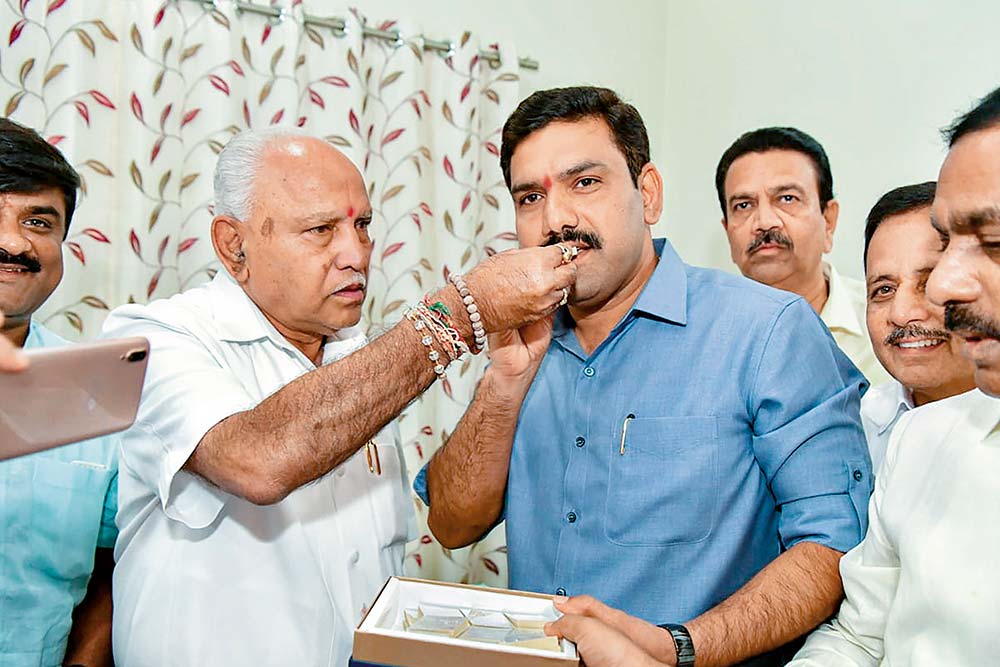 The BJP’s decisive bypoll victory in Karnataka came with an extra-sweet topping for CM B.S. Yediyurappa, who can now settle in without worrying about party strength in the assembly. Among the dozen seats bagged by the BJP out of 15 that went to polls was one in southern Mandya, where Yediyurappa is from. Mandya has been the only district in Karnataka where the BJP never won an assembly election until K.C. Narayana Gowda, one of the Janata Dal (Secular) rebels, won comfortably this time. The BJP, with 117 MLAs, is now past the halfway mark in the 224-member assembly, while the Congress managed to win just two seats. Leader of the opposition Siddaramaiah and Karnataka Pradesh Congress Committee president Dinesh Gundu Rao sent in their resignations soon after the results came in.

Given the tussles among senior Congress leaders, it was clear to most political observers that a poor show would put Siddaramaiah, a former CM, in a difficult position within his party. The first sign of the party’s struggles in putting its house in order had come in June, following the...