She's there, but not quite up close and definitely not personal 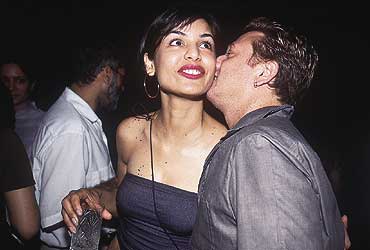 outlookindia.com
-0001-11-30T00:00:00+05:53
It’s silly to think that gossip doesn’t matter. Gossip is the bedrock of rumour and rumour can lead to revelation that can fuel change in a free society. The whispered conversation in the corridor, the unexpected telephone call, the unseen camera.... Think of Watergate and Clintongate, think of the Tehelka tapes, think of Nehru and the Mountbattens, think of Eliza Doolittle being passed off as a princess at the ball. Some of the most enduring stories of all time start as gossip. Gossip, especially social gossip, has a hoary lineage. From Samuel Pepys and the Duc de Saint Simon down to Louella Parsons, Nigel Dempster, Tina Brown and Liz Smith—some of the most-read, highest-paid and widely-believed writers are, or were, purveyors of what they saw and heard last night. Many of the most prominent media titles in the West—Paris Match, Hello, Tatler and W—subsist chiefly on a diet of social and celebrity gossip.

Film gossip has always had an established market in India but social gossip, in the bad old socialist days, had limited media sanction. Two...