The Cherry Is Abloom

As PMs Modi and Abe come close, India must be wary of the shadow that stalks Japan 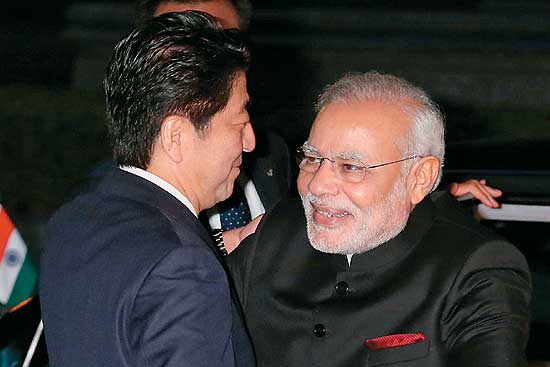 No two backgrounds could be more different—Narendra Modi, with his humble, avowedly ‘chaiwallah’ origin and his Japanese counterpart, Shinzo Abe, the grandson of an elite Japanese politician. Yet they seem to have much in common. Both are leaders of Asian democracies who today enjoy a comfortable majority in their respective parliaments and thus political stability—a rare feat in both India and Japan, with their series of coalition governments. In addition, both Modi and Abe are equally acknowledged to be business-friendly politicians who seem to have clear ideas on steps that need to be taken to...