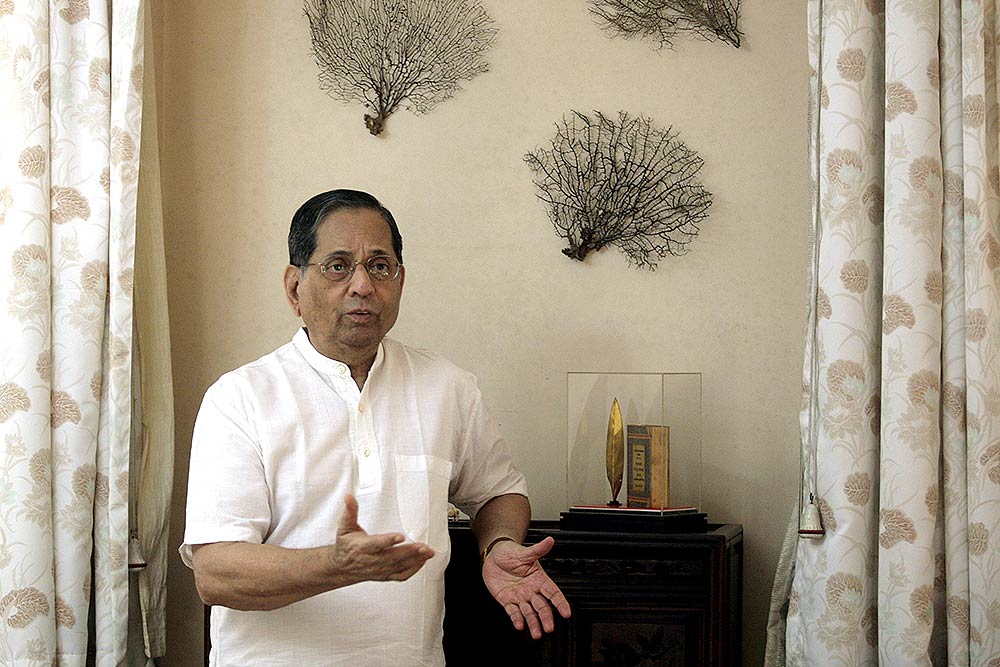 Photograph by Amit Haralkar
Prachi Pinglay-Plumber November 30, 2017 00:00 IST “The Centre Would Be Just As Helpless In Such A Crisis Today”

Madhav Godbole, who was the Union home secretary at the time of the Babri Masjid demolition, talks to Prachi Pinglay-Plumber about what happened during those days and in the aftermath. Taking a stand, Godbole resigned from his job and has since advocated a more robust understanding and implementation of the Indian Constitution.

What were the circumstances and factors that led you to believe that the mosque would be demolished, unleashing nationwide violence?

It was clear that this was a place of worship for one religion, and any attack on it and any possibility of its demolition would be a catastrophe. That’s why we were keen that the state government should take steps for its protection. But from what we could make out of their intentions, that was not going to happen. For example, one suggestion we made was to keep the central police in the close first ring of protection of the monument, so they could take over if any untoward incident occurred. The state government was reluctant to do it—they...