The Centre Holds Fair For France

Fear of the far right propelled Macron to the presidency. His En Marche! has to prove its mettle now in the parliamentary polls, and then in governance. 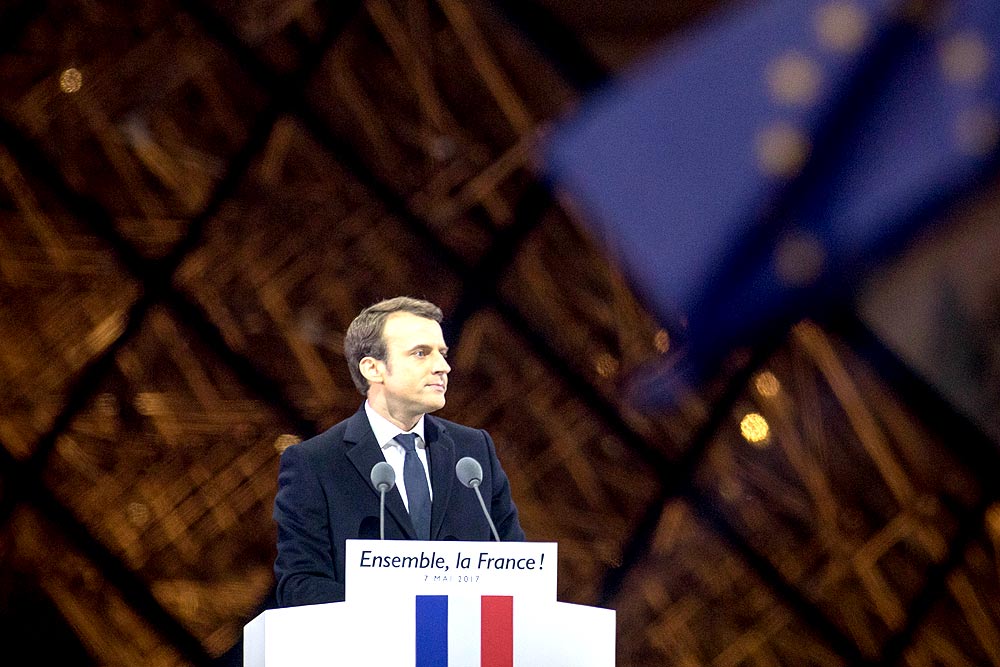 At just 39 years, Emmanuel Macron, a former investment banker, became the youngest French president in history. The ex-finance minister, who broke off with the Socialist Party to form his own political movement just a year back, has succeeded in breaking France’s decades-old two-party dominance. While Europe celebrates his victory over the Europhobic right wing nationalists, the hardest is yet to come for the young and inexperienced politician, largely perceived as an embodiment of the status quo.

Walking on stage, arms raised to the uplifting sound of “the hymn of joy”, the famed Louvre museum glass pyramid serving as a picturesque backdrop, Macron addressed the nation triumphantly as its new president for the first time late on May 7. His face beaming after his resounding victory (66 per cent of the vote) over far right candidate Marine Le Pen in the second round of the French presidential election, the leader of En Marche! (Onwards!) rem­inded the sea of people waving blue, white and red flags just how far he and his grassroots...