The CEC On Electoral Reforms

In an exclusive interview, J.M. Lyngdoh lashes out at "a few mad people who keep talking" of early elections in Gujarat. 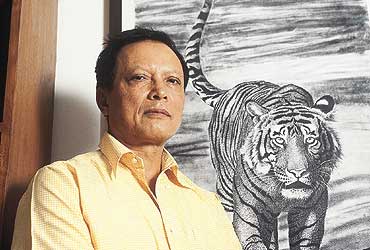 outlookindia.com
-0001-11-30T00:00:00+05:53
The CEC has stirred a hornet’s nest by notifying that politicians will have to declare criminal records, if any, along with their assets and educational qualifications while filing their nominations. He was merely implementing a Supreme Court directive, but the political class has taken umbrage. Lyngdoh, flanked by T.S. Krishnamurthy and B.B. Tandon (the other two election commissioners), speaks on the controversy and a range of other issues in an exclusive interview to Murali Krishnan. Excerpts:

Why do you think the political class as a whole has rejected the EC’s latest notification asking politicians to file affidavits before returning officers (ROs)?
It’s an affidavit which politicians are required to fill up. As someone suggested, if you answer all those questions you could end up throwing up a new crop of politicians every time.

Many politicians say there are "political" cases and criminal ones. How will an RO make the distinction?
The law doesn’t talk of political cases. It does not make that distinction. There is a possibility of...