The Case Against Karti 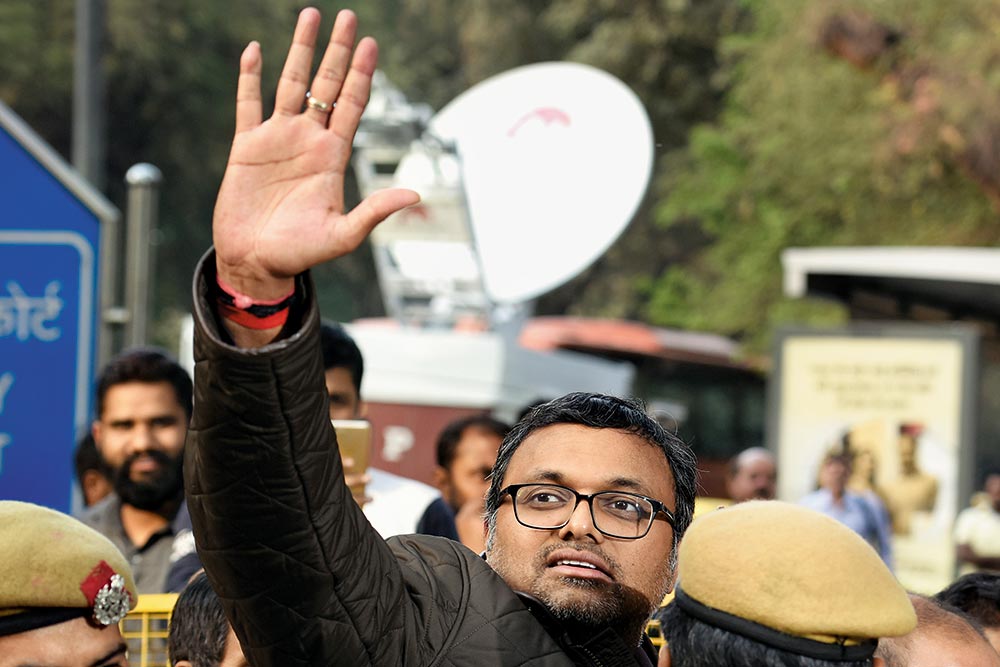 After more than two years of stacking up evidence against Karti Chidambaram, the CBI arres­ted him from Chennai Airport on February 28 in connection with a probe into all­eged bribery. The case dates back to when Karti’s father P. Chidambaram was finance minister in the Congress-led UPA-1. In an FIR filed last May, the CBI claimed that INX media founder, Indrani Mukherjee, had paid Karti a bribe of Rs 3.6 crore to manage a Foreign Investment Promotion Board (FIPB) app­roval for 26 per cent FDI in the media company. As per the FIR, INX paid Karti-owned Chess Management Services Rs 10 lakh for “management consultancy charges toward FIPB notification and clarifications”. The remaining Rs 3.5 crore was all­egedly paid to a firm named Adv­antage Strategic Consulting, though Karti’s legal counsel Abh­ishek Manu Singhvi says only four invoices reportedly rec­overed from the computer of Karti’s chartered accountant, Bhaskaran, were produced by the CBI and not evidence of the actual remittances.