DMK or AIADMK? Vijaykanth holds his cards close to his chest, he’s not telling yet. 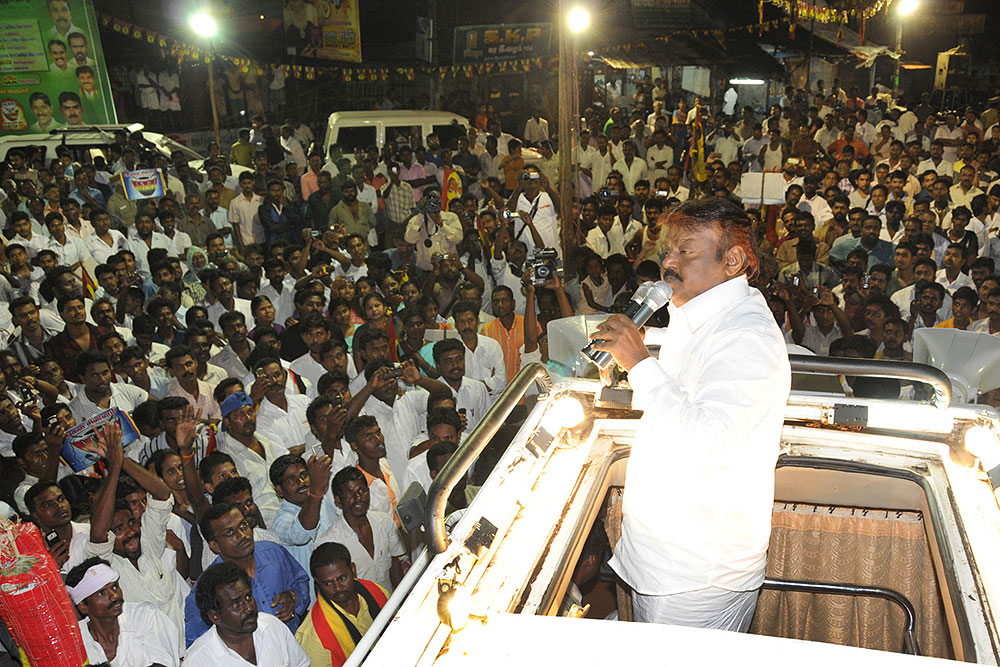 Stringing It Along
Vijaykanth sets off on the campaign trail

“Should I be kingmaker or king?”—that was the question Vijaykanth put to supporters at a public rally in Kanchipuram last month. It was a kee­nly watched event, because everybody expected Vijaykanth, till recently the leader of the Opposition in the Tamil Nadu assembly, to drop hints about choosing coalition partners. Every grouping in the Opposition is seen to be wooing Vijaykanth’s party, the Desiya Murpokku Dravida Kazhagam (DMDK), but who it will align with ahead of state elections in mid-May has been the key question these past few weeks. Captain, a prefix that has stuck to the filmstar-politician after the 1991 hit Captain Prabhakaran (his 100th film), hasn’t let the suspense drop one bit.

Many would say this guessing game isn’t unlike the 2014 Lok Sabha elections (when he finally tied up with the BJP), though this time the DMK-Congress combine appears more hopeful of netting him. “Pazham kanindukondu irukkiradhu (the fruit is ripening)” is what former CM M. Karunanidhi had to say this week about a...