The Camera Is Their Hatchet Man 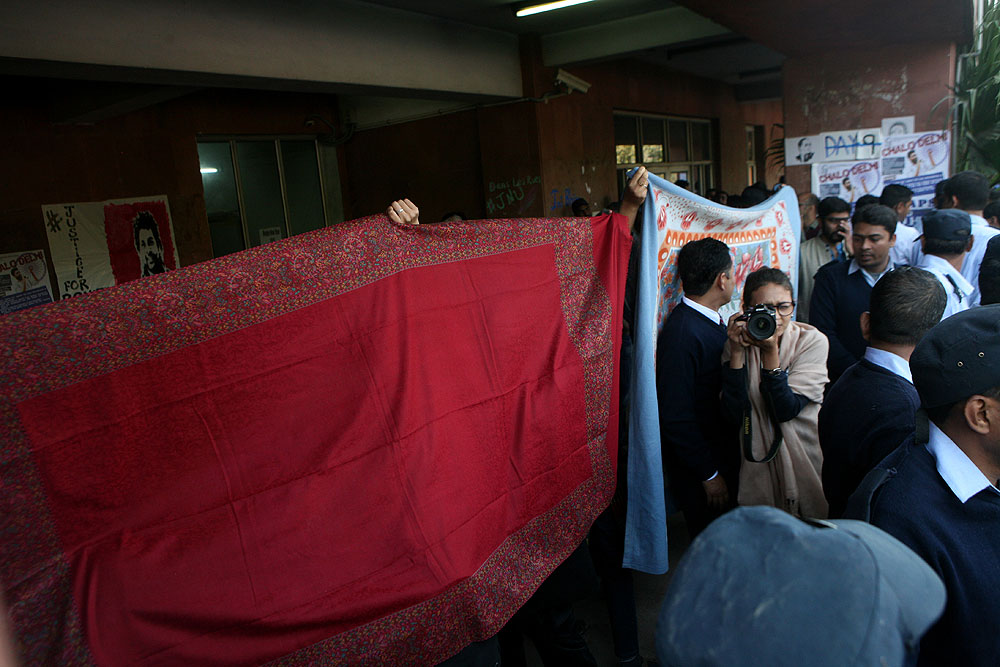 Pawan Nara of Zee News was on duty at the JNU campus on February 18 with his cameraman, readying to report on the protest rally planned for that day. Suddenly, he found himself surrounded by a group of laughing, teasing students who offered him flowers. He says they told him to “Get well soon”. They were referring to his television coverage of the now-infamous February 9 event held to express solidarity with the people of Kashmir, and oppose the hanging of Afzal Guru and JKLF foun­der Maqbool Bhat.

On February 19, NDTV India’s top anchor, Ravish Kumar, did his nightly Prime Time programme from his studio in Greater Kailash, New Delhi. Except, this time there were no visuals or guests. For 41 minutes, viewers heard only Kumar’s voice emanating from a black TV screen. Almost poetically, he touched on ill-health. “You all already know our television is unwell. We are all unwell. I am also unwell. TV has got TB. In the name of debate, does this daily noise give you light or darkness?” he said.