After nearly nine decades, a US president touches base in Cuba and raises hopes 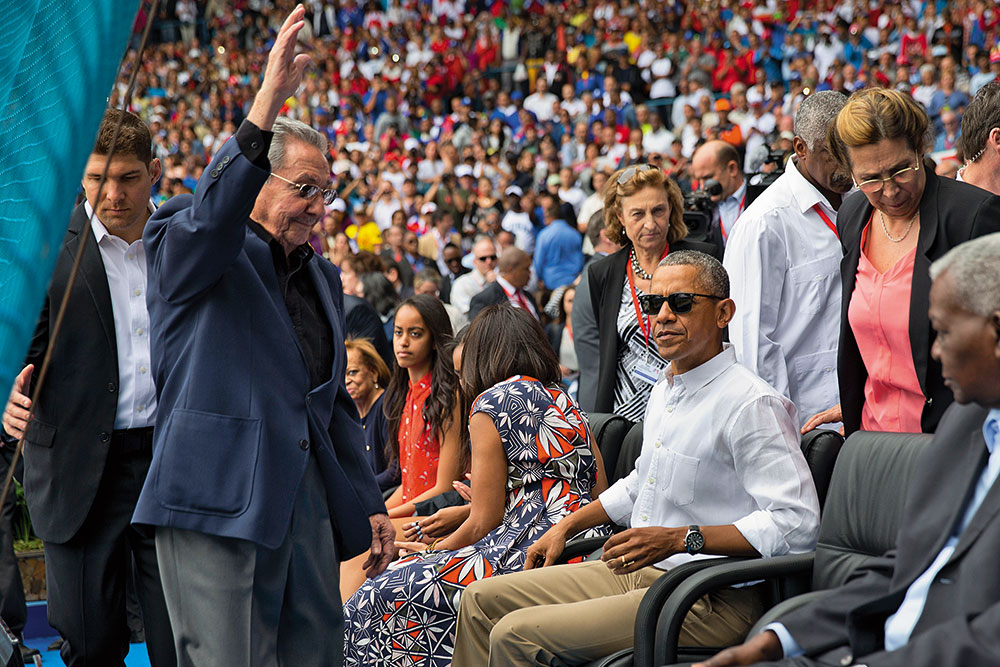 On The Ball
Raul Castro and Obama at a baseball game in Havana
Photo by AP
Pranay Sharma March 25, 2016 00:00 IST The Buena Vista Club

Whichever way one looks at it there is no denying that on Sunday, March 20, when US President Barack Obama, accompanied by wife Michelle and their two daughters, alighted from Air Force One on the rain-soaked Havana...