Brigade Rd retains its coolness. One-half of Bangalore’s dual self for long, it has seen the city’s chimeric change of colour. 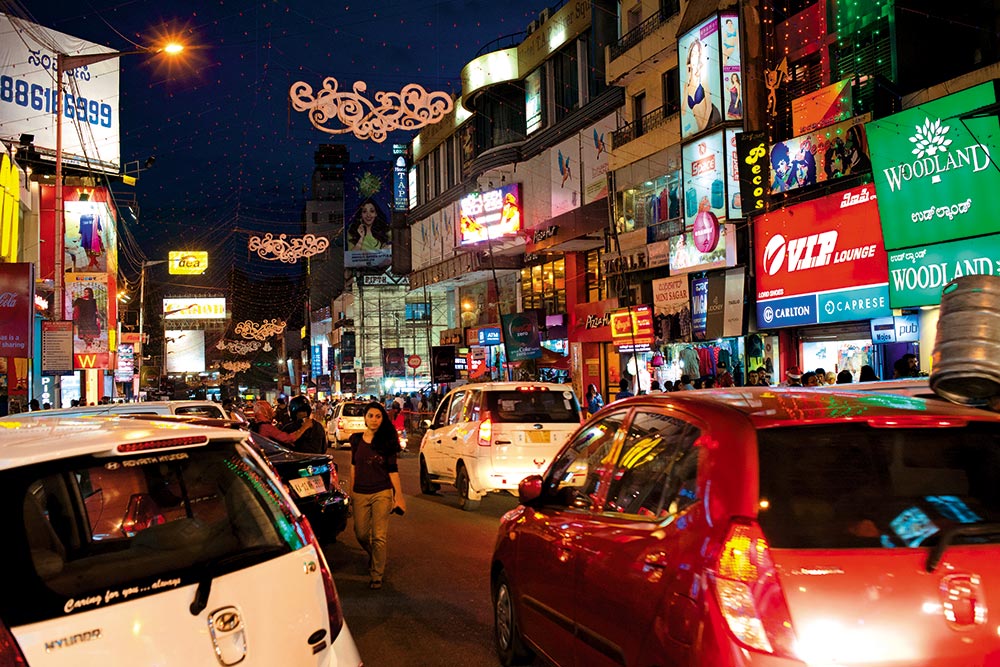 Can a street tell the story of a city? Of grinding days and nights, fleeting chronicles on vinyl banners, celebration and protest. When in Bangalore, take a walk down Brigade Road. The festive lights will be up soon and they’ll stay all the way until New Year’s Eve. A few paces in, past the watch store and the drycleaners who are still ticking, and pressing on, was where the first Kentucky Fried Chicken opened in India in 1995. Of course, it has moved now.

Had you walked by that year, Col Sanders’s glass doors would have been guarded by a platoon of reserve policemen. The ’90s were the era of big brands and their baptism of fire in a country newly opened up and, hence, roiled by anxieties. The KFC was wrecked by the farmer’s group, Karnat­aka Rajya Raitha Sangha. In Bangalore, it was a sequel to the act­ivism of the previous decade, when language framed a wide canvas of mass movements across Karnataka, bore pol­itical upheavals and melded notions of identity. That last bit—an elusive,...