The Bride’s Gone To London

No loo, no marriage. The ladies are walking, and it’s for the better. 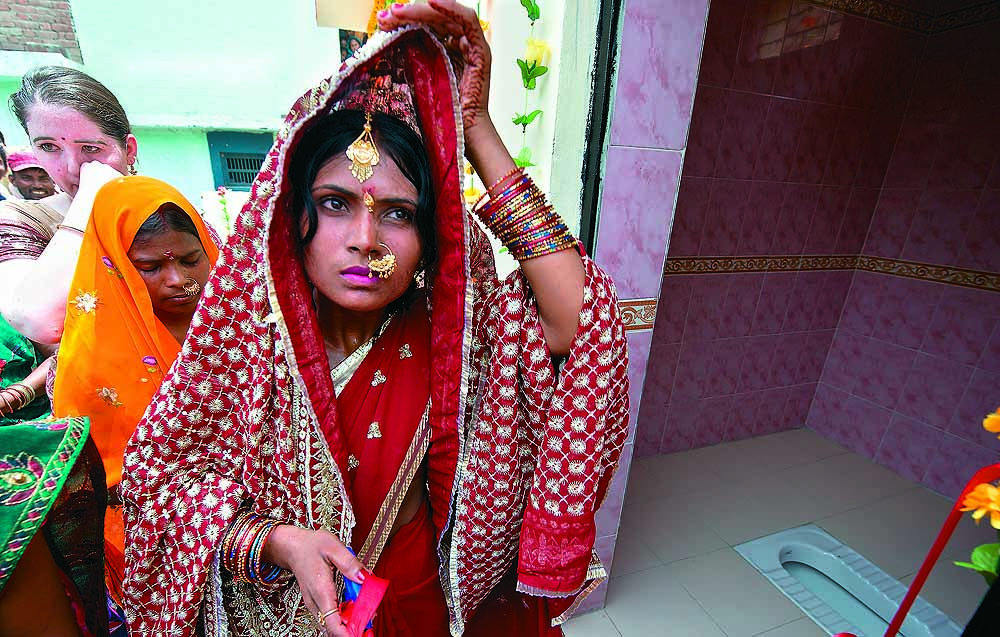 Their first question to a prospective groom was “Do you have a toilet in your house?” For Dhanabakyam, whose house in Musiri village in Tiruchirapally district was one of the first to have a toilet, there was no way she was going to let her eldest daughter be married off into a house without one. This was in 2002. Having enjoyed the benefits, Dhanabakyam says this was the only condition that she had insisted on. “I told him he could marry my daughter, but only if they had a toilet constructed. They got one built in a month’s time and that’s when I allowed the marriage,” she says.

The Tamil lady may well be the trailblazer of a trend. For more and more women are demanding this, even walking out of their husband’s house because it doesn’t have a toilet. Anita Bai Narre is the face of this story for many. She did walk out in 2011 in Madhya Pradesh’s Betul district, and went on to meet the president for doing so and become a brand ambassador for the government’s sanitation campaign. “I was so ashamed that I...