Their parents played cricket for India. Years later, their sons and daughters take guard and aim to break into the elitest of XIs. 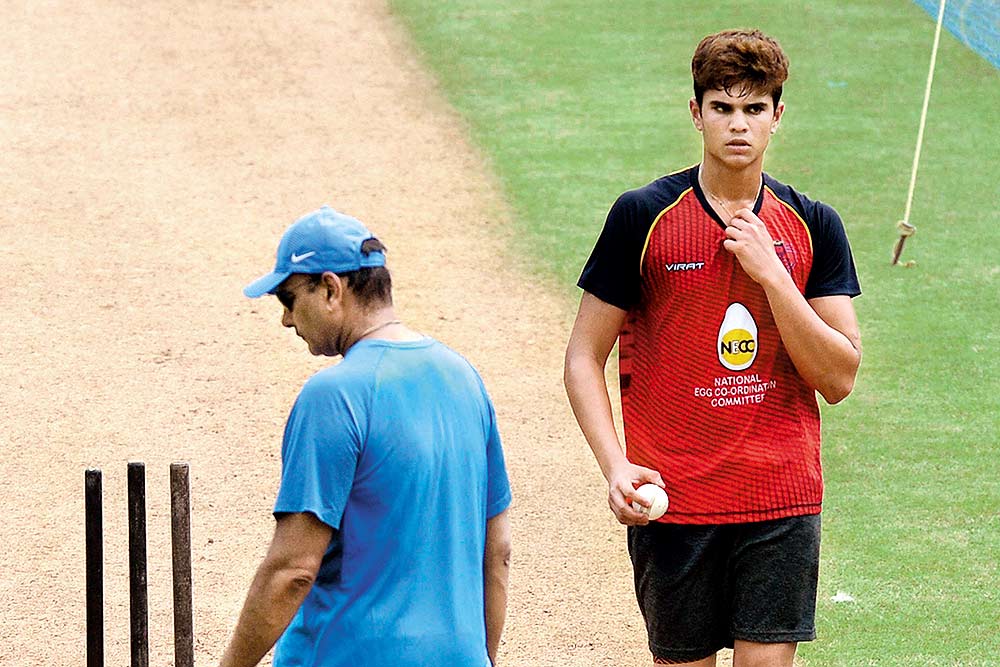 Spotlight
Arjun Tendulkar, a left-arm pace talent, has impressed all his coaches

Not many from the Indian under-19 team which returned home with the World Cup from New Zealand after an imperious display of cricketing skills may make it to the senior team—only seven out of 75 youngsters who have played in the under-19 World Cup in the past ten years have gone on to play Test cricket.  But a new cricketing brigade is being readied, a crack unit with famous surnames like Tendulkar, Dravid, Sehwag, Mongia and Hirwani. We are not contemplating an all-star Indian veterans’ team. These surnames could well furnish Indian scorecards once again, say in about five to seven years from now, though with different first names like Arjun, Samit and Vedant.

They are the sons of former India players like Sachin Tendulkar, Rahul Dravid, Virender Sehwag, Nayan Mongia and Narendra Hirwani, who are currently wielding the willow and tweaking the ball mightily well, thus raising the ultimate expectation. If they continue to perform in the nat­ional domestic tournaments like they have been and make steady progress, they could well emulate their...