Cauvery may have been the stated cause but DMK has a more mundane agenda: increase its Delta votes 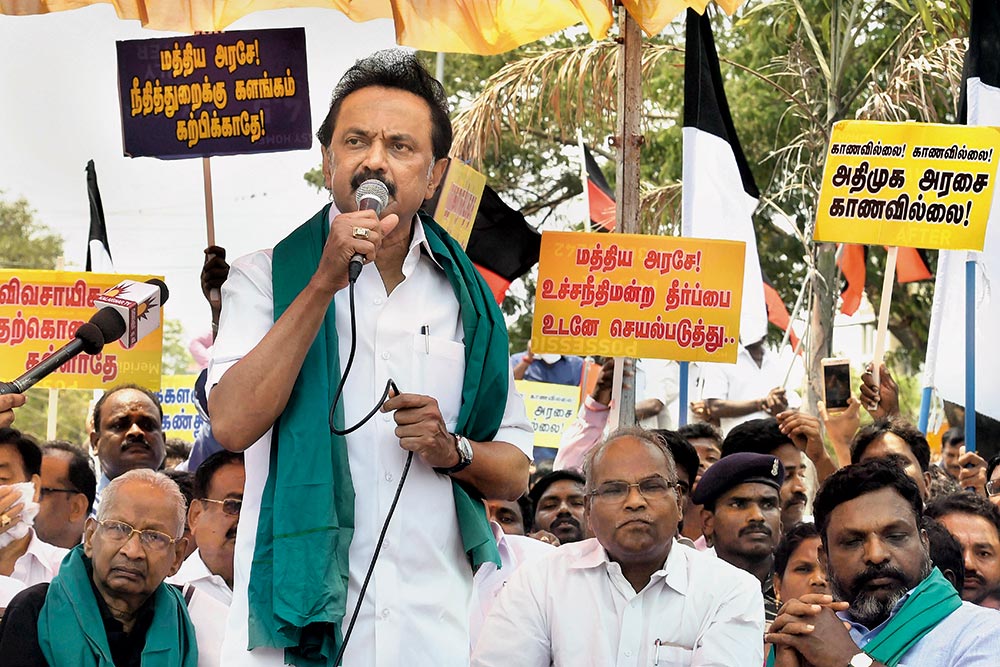 Set CMB
M.K. Stalin at a rally in Chennai, demanding a Cauvery board
Photograph by PTI
G.C. Shekhar April 19, 2018 00:00 IST The Beneficial Distributaries

M.K. Stalin was a tired man after trud­ging through the Cauvery delta for almost a week for what he said was a bid to ret­rieve the river. The 65-year-old DMK leader, who is considered to be among the fitter of the regional leaders of Tamil Nadu, kept ducking into the air-conditioned tempo traveller after walking a few hund­red meters under an unkind sun.

The self-inflicted ordeal was part of a crafty political calculation DMK patria­rch M. Karunanidhi’s son had come up in the face of a criticism: that he’s not sufficiently savvy to exploit the troubles of the ruling AIADMK. “Stalin needed to send out his own political message to prove that he has come out of his father’s shadow and also enthuse DMK cadres with a road show that had an emotive app­eal,” explains DMK spokesperson K.S. Radhakrishnan. “The Centre played into his hands by delaying the Cauvery Management Board—and Stalin lunged at it and proved his political mettle.” The Cauvery outreach eventually proved to be a bigger success than anticipated,...