The Barter Dividend Of LoC Respite

Will rice, turmeric and red chillis cross the Jhelum again, instead of guns? Cross-LoC trade still needs a few security loopholes to be plugged, but peace is stirring. 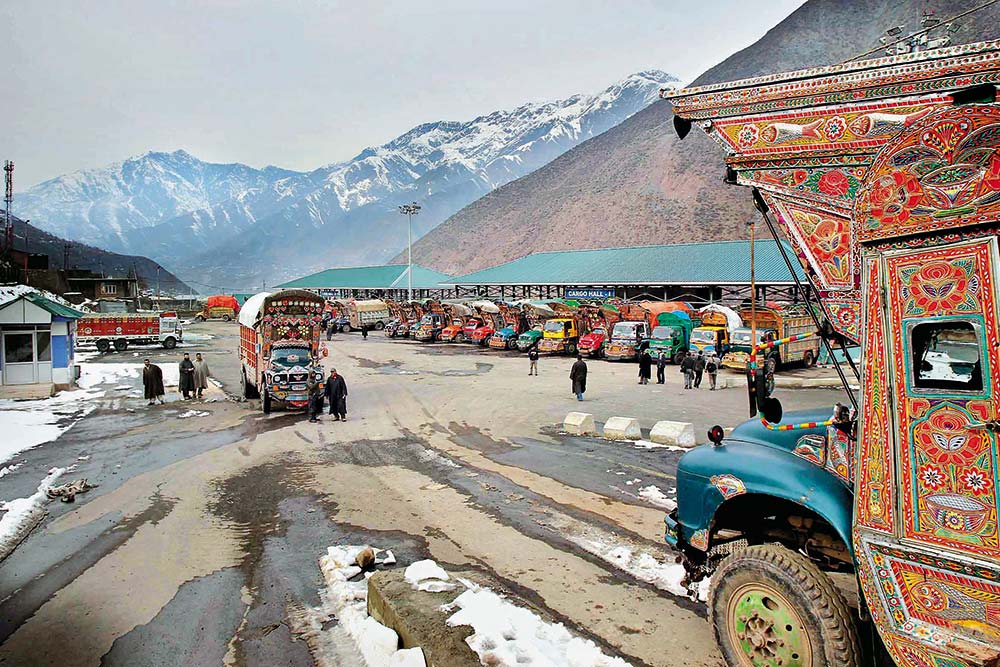 Past Confidence
A truck from Pakistan being unloaded in Uri, before April 2019

With the guns falling silent along the Line of Control (LoC) in Kashmir following peace talks between India and Pakistan, there is hope and excitement in the nearby areas. Since February 25, when the ceasefire agreement was announced, there has not been a single incident of cross-LoC firing or shelling. Schools have reopened in areas close to the LoC and, in the interiors of the Valley, white instead of the familiar red-and-black is the colour of the flags atop army vehicles on the move. “We hope the governments of India and Pakistan would soon resume travel and trade between the two countries,” says Pawan Anand, president of the Cross-LoC Traders Association, Poonch. “We are in touch with the cross-LoC traders from across the border and they say their government is preparing for restoration of trade. We are also prepared to resume trading whenever our government takes a decision about it. Before that, however, the government should bring changes in the SOP for plugging all the loopholes.”

Cross-LoC trade was seen as a ‘confidence-building...