The Autumn Of Thunder

In these parts, revolution is local lore, a remembered epic in which everyone had a part—and all lives were touched 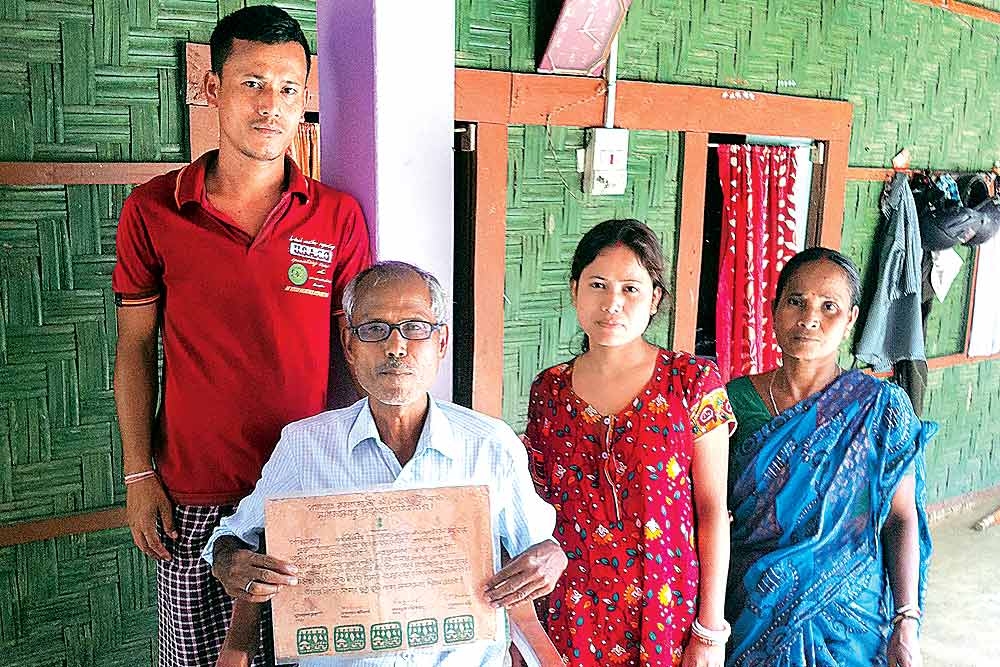 Sadananda Roychowdhury with his family at his residence, showing the ‘martyr’s citation’ given by the Congress government after his grandfather’s killing in 1967
Photograph by Dola Mitra
Dola Mitra June 22, 2017 00:00 IST The Autumn Of Thunder

At Naxalbari station, the last train bound for the terminus screeches to a halt at around 10:30 pm. Passengers tumble out onto the narrow platform and disperse in all directions. In the moonlit north Bengal night, one can make out the jungles that fringe the distance, dividing this dusty town from a cluster of villages called Ram Bola Jot by the edge of a typically spri­ghtly Terai brook. The town, together with the expanse of fore­sts and farmlands that surround it, is ground zero, the source from which sprung the Naxalbari rebellion, arguably one of world history’s biggest peasant uprisings of all time.

A 61-year-old man named Sadananda Roychowdhury is headed towards the jungle river, turbulent in this rainy month of May. He must cross it to get to his little hut in a hamlet beyond. “The only danger for us today is the wild elephants that come to drink at the banks,” he says, in a wry tone of mock-relief. “Fifty years ago, it was different. We were scared out of our wits. We would not dare to cross the jungle or the river even during the...