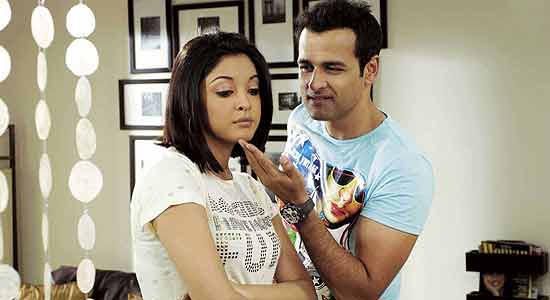 The Apartment is a crime thriller that certainly can’t be called a whodunit. Some minutes into the film and you pretty much know who the culprit is. In a nutshell, it’s about Neetu, a stranger from Igatpuri, who comes to share the Mumbai apartment of an airhostess (Tanushree) and soon all hell breaks loose. In the drama that unfolds, some amount of narrative tension was required to keep the audience on edge and guessing, but Mundhra is unable to come up with even a single gripping scene. In fact, the static production values make the film seem more like a TV serial. Also, the influence of Single White Female hangs heavy. Neetu, who plays the key role, is visibly aware that she has the most interesting part....