The Algebra Of Infinite Justice

So here we have it. The equivocating distinction between civilisation and savagery, between the 'massacre of innocent people' or, if you like, 'a clash of civilisations' and 'collateral damage'. The sophistry and fastidious algebra of Infinite Justic 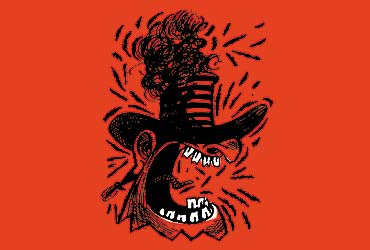 In the aftermath of the unconscionable September 11 suicide attacks on the Pentagon and the World Trade Center, an American newscaster said: "Good and Evil rarely manifest themselves as clearly as they did last Tuesday. People who we don't know, massacred people who we do. And they did so with contemptuous glee." Then he broke down and wept.

Here's the rub: America is at war against people it doesn't know (because they don't appear much on TV). Before it has properly identified or even begun to comprehend the nature of its enemy, the US government has, in a rush of publicity and embarrassing rhetoric, cobbled together an "International Coalition Against Terror", mobilised its army, its airforce, its navy and its media, and committed them to battle.

The trouble is that once America goes off to war, it can't very well return without having fought one. If it doesn't find its enemy, for the sake of the enraged folks back home, it will have to manufacture one. Once war begins, it will develop a momentum, a logic and a justification of its own, and we'll lose sight of why...