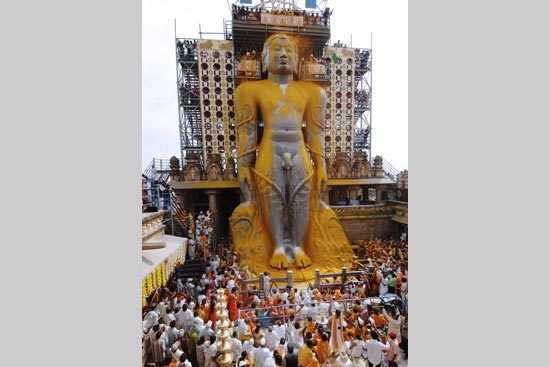 It is raining statues. The Dalits want a statue of Babasaheb Ambedkar, and they want it in the Arabian Sea, off the coast of Mumbai. Parties that swear by Maratha pride want to erect a statue of Shivaji—where else but in the Arabian Sea again. Not to be left behind, the Shiv Sena wants Bal Thackeray immortalised somewhere near Mumbai’s Shivaji Park.

Maharashtra, however, has lost the race for the tallest statue to Gujarat. Shivaji will be tall, but only 94 metres to the Sardar’s 182 metres. Anyway, the Shivaji project has run into trouble and fresh tenders are being invited. “This will be an international tender; the previous attempt did not get a good response,” says Vinayak Mete, who heads the Shivaji memorial committee.

So, does an international tender mean that the land of the monolithic 10th century Gomateshwara (or Bahubali) statue—more than 17.6 metres tall—in Shravanabelagola in Karnataka cannot build a Shivaji statue less than 100 metres in the 21st century? “It’s not that India does not have the...