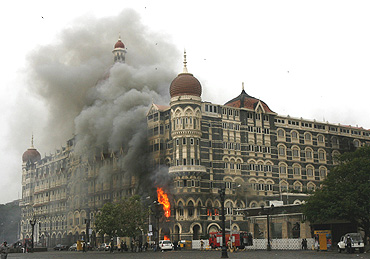 We all know broadly what happened on that fateful night. Ten heavily armed and diabolically trained terrorists came by boat from Pakistan to a small fishing village in the heart of south Bombay. From there, they split up, moving to their carefully chosen main targets: the Chhatrapati Shivaji Terminus, a Jewish centre (Nariman House), the Oberoi’s Trident Hotel and the Taj Mahal Hotel. En route to the Taj, they gunned down several customers and waiters at the Leopold Cafe, a popular tourist haunt.

For 60 hours, these gunmen held our financial capital hostage, killing almost 200 people. All the terrorists, except one, perished. One’s death was seen by millions on TV as he fell backwards from a window of the Taj’s Harbour Bar, after being...