Telangana Election Is Not Only TRS' Victory, But Also Failure Of Opposition

Buoyed up by popular schemes, TRS crushes a flailing Opposition 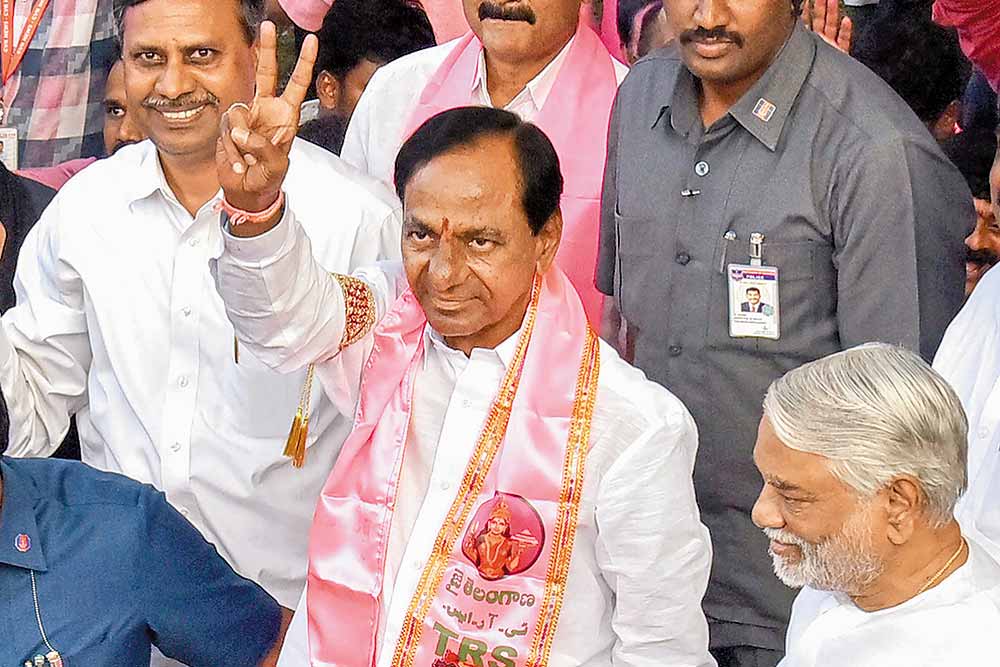 The 2018 Telangana legislative assembly election saw the incumbent Telangana Rashtra Samiti (TRS) win with a 47 per cent vote share and 88 seats (see Table 1), riding on the platforms of pride in the newly formed state and a slew of welfare measures—both of which earned it support from a broad spectrum of social sections. The outcome has produced yet another state-level party that aims to play an important role in national politics.

The assembly was dissolved on September 6, 2018, and the Election Commission decided on early polls. The contest was largely between the TRS and Prajakutami—an alliance of the Indian National Congress (INC), Tel­ugu Desam Party (TDP), Com­munist Party of India (CPI) and Telangana Jana Samithi (TJS). Also in the contest were the Bharatiya Janata Party (BJP), All India Majlis-e-Itte­hadul Muslimeen (AIMIM), Bahujan Samaj Party (BSP), Bahujan Left Front (BLF) and other smaller...