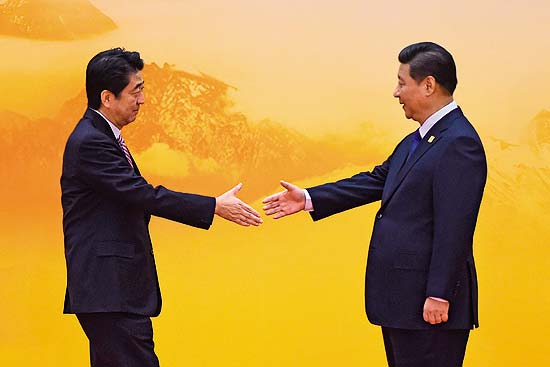 At the start of June, the hottest ticket at the Chinese box office was a cartoon movie about a robotic cat. Nothing surprising about that—an air-conditioned cinema hall is pleasant when the children need some entertainment away from the summer heat of Beijing or Shanghai. But the movie in question was Doraemon: Stand by Me, whose cartoon hero is plucky, funny...and indisputably Japanese.

This doesn’t seem to make sense in the context of the narrative we hear about East Asia. In this version of events, China is rising, and Japan is its number one target. Disputes between the two threa­ten to break out over the disputed islands in the East China Sea. India and Japan may form a new alliance against China.

In all of these more geostrategic calculations, the human element is often lost. China is often portrayed as a nation simply of nationalist xenophobes with little knowledge or understanding of any other cou­ntry. And Japan’s public is often portrayed as simplistically right-wing, refusing to acknowledge the reality of Japanese war...