Talk To Her Nails In French 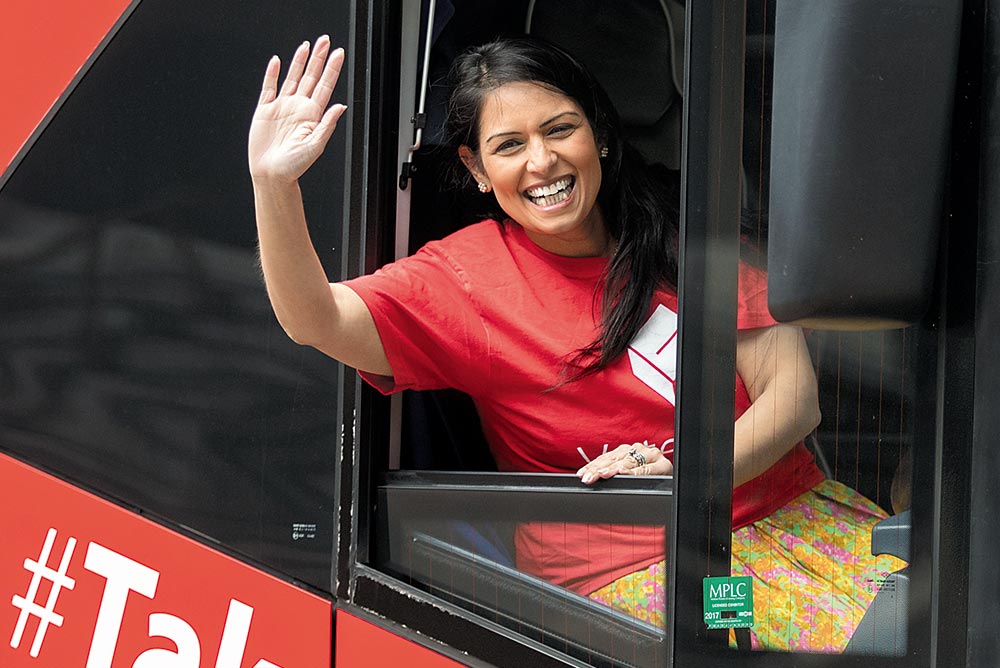 Drive Out
Priti Patel behind the wheels of a Vote Leave bus
Photograph by Getty Images
Nabanita Sircar July 01, 2016 00:00 IST Talk To Her Nails In French

Known as a true-blue Tory, the Right Honourable Priti Patel, 43, the daughter of immigrant Gujarati parents, had been in the forefront of the Bre­xit campaign long before Boris Johnson, Michael Gove and Lord Norman Lamont joined the bandwagon. After Brexit became a reality, there has been speculation that she may put herself up for the top post of the Conservative party, alt­hough she is too junior for it.

However, given her strong right-wing views, many believe outgoing premier David Cameron would not have been surprised by her support for Brexit. Patel’s father...