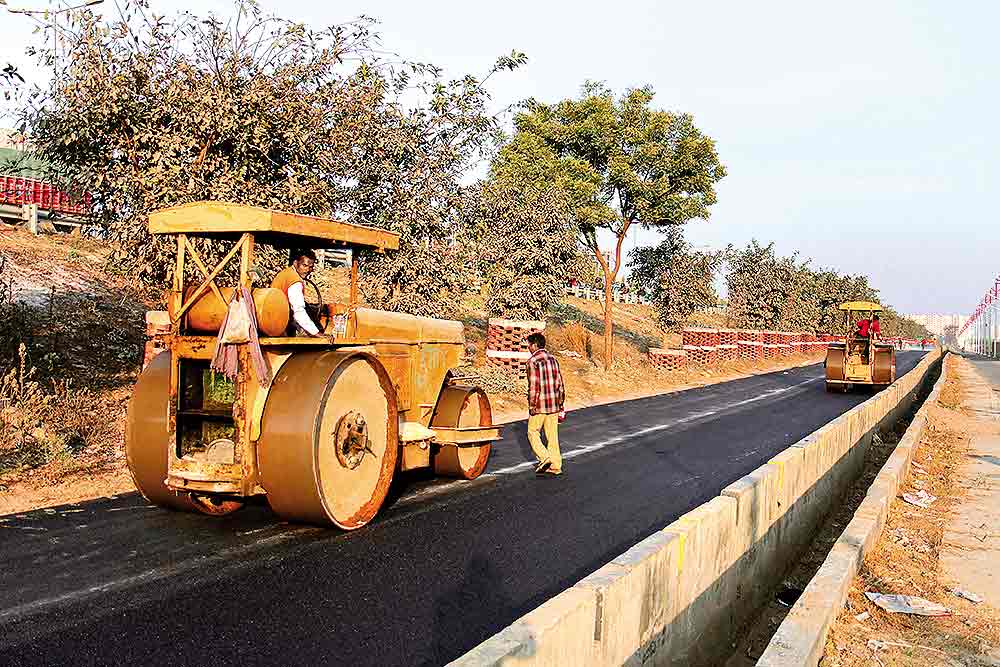 Rolled Out
Roads being laid on the outskirts of Lucknow
Photograph by Naeem Ansari
Pragya Singh February 02, 2018 00:00 IST Take Me Home, Country Roads

Budget 2018-19 lives up to its buzz—overall spending on “rural infrastructure and livelihood” will cross Rs 14 trillion, FM Arun Jaitley said in his speech. While details will emerge later, the government has clearly provided for the biggest leaps in funding for schemes that direc­tly cater to rural development and employment. It plans to build 51 lakh new rural houses in the next year, construct 1.88 crore toilets and provide 1.75 crore new electricity connections. With this massive allocation spanning ministries, departments and a variety of schemes, the gap between rural development, infrastructure-building and agriculture as separate heads of government expenditure is narrowing.

The National Rural Employment Guarantee Act (NREGA) and Pradhan Mantri Awas Yojana (PMAY) have got some of their biggest hikes ever—14.5 per cent and 13.5 per cent respectively. NREGA will get Rs 55,000 crore—Rs 7,000 crore more than last year. For the PMAY, under which homes are built for the poor, the government plans to raise Rs 12,000 crore of the overall...