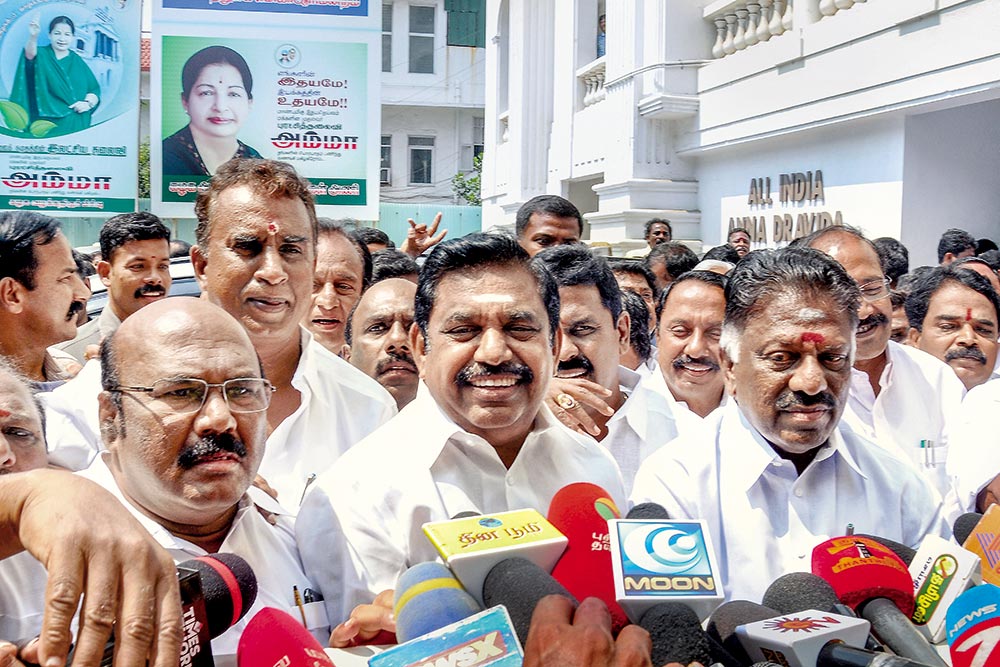 Bypolls rarely decide a govern­ment’s fate. The outcomes are usually political blimps that the parties interpret according to their convenience and then continue with their politics. But when a government tottering without a majority in the assembly faces the bypoll test in 20 seats, it becomes a ­do-or-die battle.

The Edappadi Palaniswami (EPS) government, which had celebrated the Madras High Court verdict upholding the disqualification of 18 MLAs of the T.T.V. Dhinakaran (TTV) camp, is now gripped with uncertainty as those 18 have chosen to face the electorate rather than appeal the Supreme Court. Add the two pre-existing vacancies and the stage is set for a virtual mini-­referendum. The outcome can throw up a clutch of intriguing scenarios.

With four rebel MLAs among its current strength of 115 openly supporting TTV, the ruling AIADMK has been reduced to 111 MLAs in a house of 234. Unless it wins at least half a dozen seats, it cannot touch the halfway mark of 117. If the DMK and TTV’s Amma Makkal Munnetra Kazhagam (AMMK) win the bulk of...