Syed Ali Geelani has long been the face of Kashmir’s veto…his was the door that slammed shut on India. The 91-year-old’s departure marks the twilight of separatist politics, and a shift in Pakistan’s tactics. 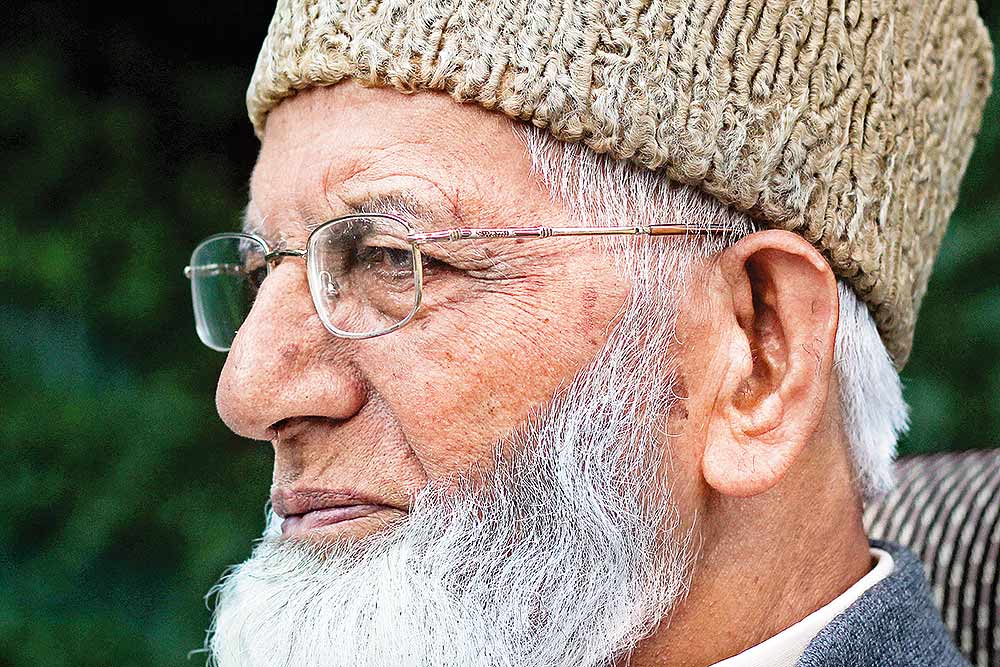 91 Not Out
Syed Ali Geelani, who walked out of the Hurriyat in June, is one of the most visible faces of Kashmiri separatism
Photograph by Umer Asif
Naseer Ganai July 23, 2020 00:00 IST Syed Ali Geelani’s Exit From Hurriyat Ends A Long, Defiant Sentence. What Will Kashmir (and Pakistan) Write Now?

You could think of it as a final ellipsis in one man’s life, or as the turning point of a whole phase of history in Kashmir—with India, and then Pakistan, applying the vector force. For the past 30 years, 91-year-old Syed Ali Geelani has remained the pivot of Kashmiri separatism. He symbolised Kashmir’s hardline politics against Indian rule—the door that slammed shut in the face of even the occasional peace overture. Unlike some of his former associates, more amenable to dialogue under tolerable conditions, Geelani has all along enunciated the maximalist position: that the only condition for dialogue with New Delhi is that the latter accept Kashmir as a disputed territory. His street cred bore out that role of the white-bearded pater familias of resistance politics.

During the surge of protests post the killing of Burhan Wani in 2016, Geelani refused to meet the parliamentary delegation that knocked on his door at his Hyderpora residence. He described the overture as meaningless, saying they have neither the mandate nor “the ­intention to...