It was Advani's new concept, to bring religion into politics. Confusion has since reigned on what the Hindu religion has become. 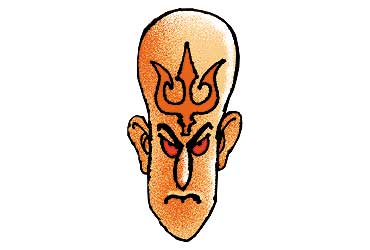 outlookindia.com
-0001-11-30T00:00:00+05:53
"The true harvest of my daily life is somewhat as intangible and indescribable as the tints of morning and evening. It is a little star-dust caught, a segment of the rainbow which I have clutched." —Henry David Thoreau, 1854.

People have asked us many times why we moved back to India, after living in America for over 20 years, when we had everything going for us. My answer has always been, "For the most important things in the world: the intangibles." It is not something that can be measured or seen or touched. But I do believe the intangibles are the most important factors that influence our lives. Not spoken of but always, always felt. And despite the perennial chaos, recurrent disasters, ubiquitous corruption, frustrating injustices, stereotypical thinking, living in India has been an unregrettable, energising challenge. My belief is that we often take the most important decisions of our lives based on intangibles.

And, often, it is the intangibles that influence behaviour. What is it that makes a mob, fired by what they believe is Hindutva, kill...