The man is pugnacious but equally unpredictable. So is the BJP taking too big a risk by giving him a stage? 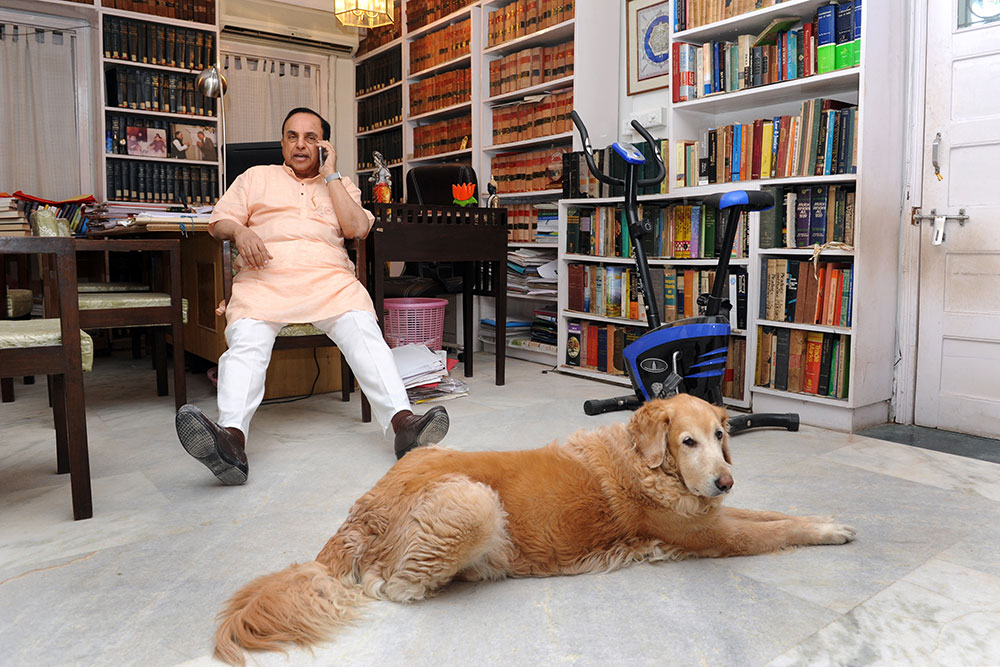 Shooting Star
Swamy with his golden retr­iever at his residence in Delhi
Photograph by Jitender Gupta
Bula Devi May 06, 2016 00:00 IST Swamy & Frenemies

Nominated members of the Rajya Sabha rarely make the kind of splash that Dr Subramanian Swamy made after taking oath on April 26. For the maverick politician, this was par for the course. Even as the congratulations poured in, he was busy serving a notice for a discussion in the House on the AgustaWestland helicopter deal and claiming the law would soon catch up with ‘Ma-beta’, a clear reference to his perennial targets Sonia and Rahul. They’d soon be in jail, he boasted. It was vintage Swamy at his clear, acerbic and rabble-rousing best, shooting from the lip and living up to his well-earned reputation of being a loose cannon. Within days of his induction, Question Hour in the Rajya Sabha was being referred to as Swamy Hour. On two successive days his comments were expunged; undeterred, the newest BJP MP managed to insinuate culpability and criminality even before the Agusta debate was over.

His arrival in the Rajya Sabha has galvanised the BJP contingent. He told Outlook it was a surprise nomination, but it seems part of a larger strategy. His...