Two by Sheila Dikshit: one is a delightful, though guarded, memoir; another a self-congratulatory coffee-table book 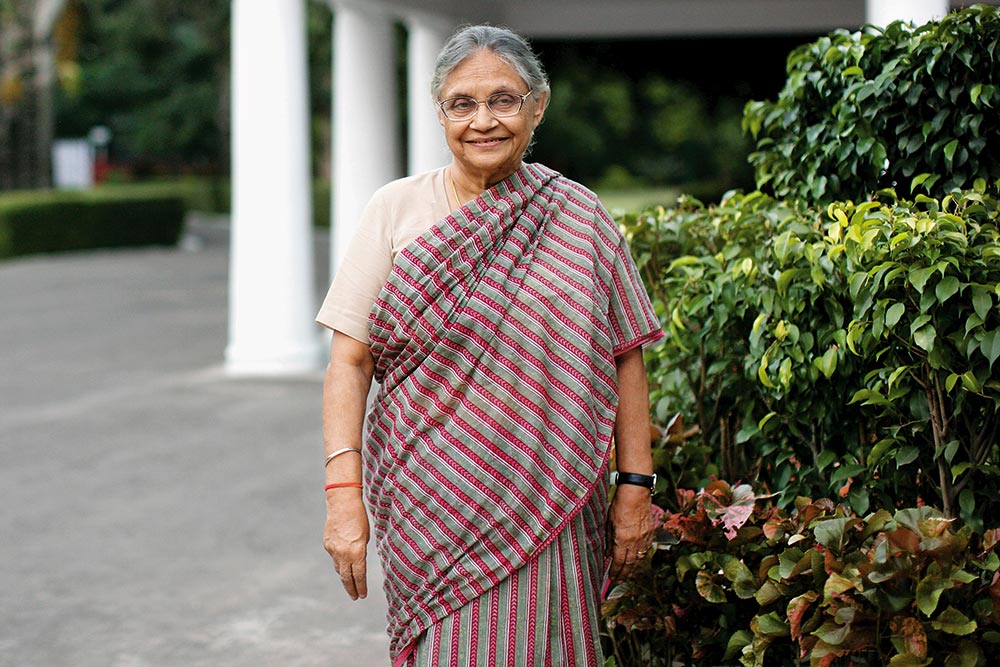 As Delhi’s longest-serving chief minister, Sheila Dikshit’s biggest contribution was to make a rapidly expanding national capital, with its burgeoning population, more habitable for its citizenry. But efficient governance was not her only calling card in the 15 years (1998-2013) she presided over Delhi’s fortunes. A consummate politician, she overcame the limited powers she had as CM and maintained as cordial a relationship with a BJP prime minister, Atal Behari Vajpayee, as with his Congress successor,  Manmohan Singh. Equally adroitly, she navigated her way through the minefield that the Congress in Delhi was at the time.

Interestingly, as her memoir, Citizen Delhi: My Times, My Life, reveals,  Dikshit came to politics through a quirk of fate. A well-educated, upper middle class girl who grew up in the 1940s/’50s, interested in handlooms and terracotta pottery, she had, at one time, toyed with the idea of becoming a teacher. But Fate decreed otherwise.

From the closing years of colonial rule, through...