A surge of solidarity—from the legal fraternity, intellectuals and civil society—ensures the SC softens its punitive stance on the Prashant Bhushan contempt case 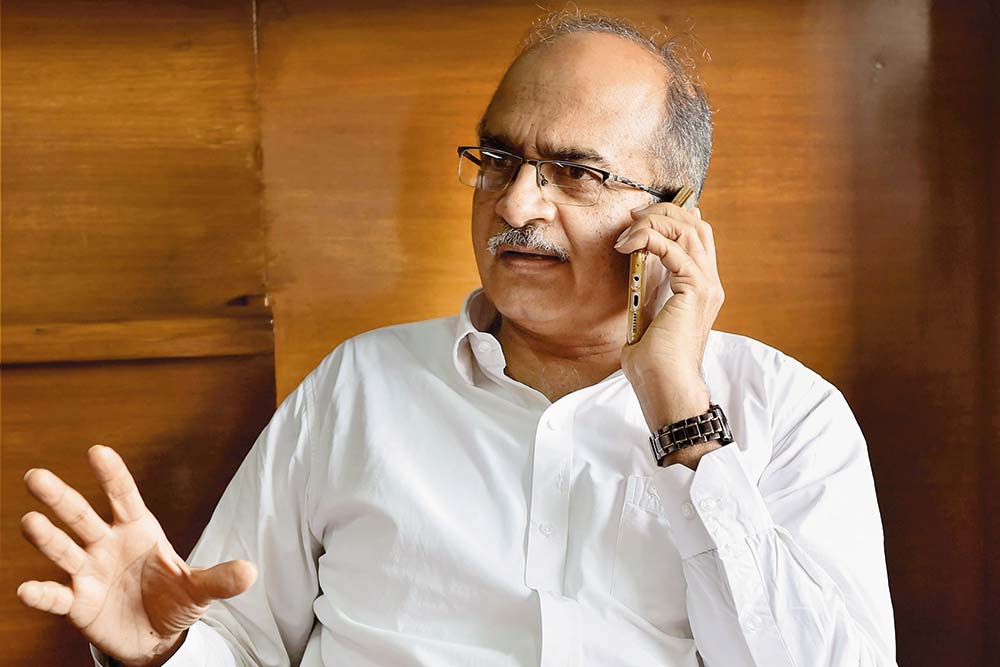 The SC reserved its verdict on August 25 on the quantum of punishment to be awarded to lawyer Prashant Bhushan for his ‘contemptuous’ tweets against Chief Justice S.A. Bobde and three of his predecessors. However, the month-long impasse in the case—the court’s insistence for an unconditional apology from the lawyer and Bhushan’s steadfast refusal to oblige—did not break.

The decision of the three-judge bench, headed by Justice Arun Mishra, to reserve its verdict on the punishment came after it heard, for nearly three hours, submissions by Attorney General K.K. Venugopal and Bhushan’s counsel, senior advocate Rajeev Dhavan. The proceedings, though, sank deeper into the ongoing stalemate. Venugopal and Dhavan urged the bench for “compassion” and “statesmanship”. Justice Mishra asserted the virtues of an apology—“a magical word that can heal many things”.

That many may find unusual the extant decisions in the two contempt cases­­—referring one to a different bench and...